BARRIE, ONT. -- The first day of school is underway with a mixture of excitement and anxiety by students, parents and school staff.

The province shuttered schools across Ontario as students headed home for March Break because of a surge in COVID-19 cases.

The closure meant time away from routines, friends and conventional learning for thousands of students.

Ferndale's principal said the start to this year is different from any other because of new safety measures. "Typically, we have over 650 kids here who start on the first day, and this morning we had probably just under 200, so we had students whose last names started from A to G." 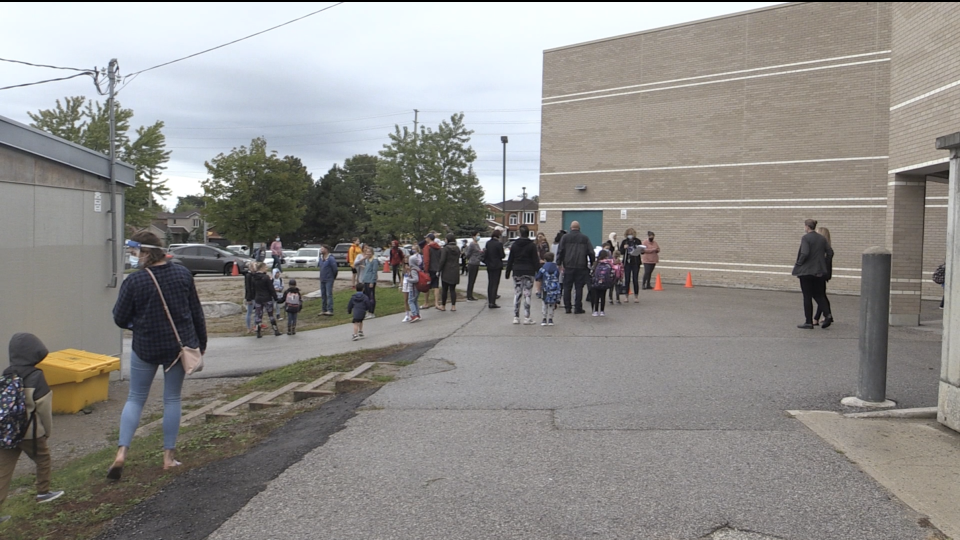 Several school boards chose to stagger students to avoid crowding and confusion as they gradually return.

Jessop said it comes down to taking things day by day. "Take every day as it comes," she said. "My job, essentially, is just to support everybody. To help figure out where we're supposed to be today and not worry so much about tomorrow's information." 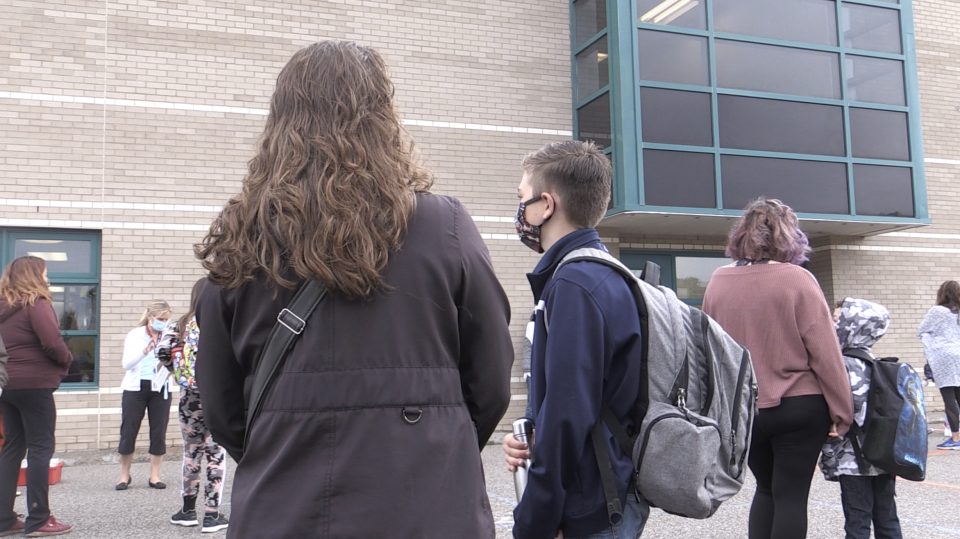 For Grace Zhang, the jitters weren't due to a potential outbreak at school, but for a much more common reason. "I'm nervous, not really because of the COVID, but because it's his first day at this school," the mother said of her kindergartener.

Dad, Clayton Borden, said the feeling on the first day was to be expected given the unique circumstances. "You can tell the kids are a little more timid this year. I guess worried in a sense."

Still, Borden said he's not overly worried about sending his daughter back to the classroom. "She's pretty safe. We told her about cleaning her hands frequently and not touching her mouth, biting her nails and things like that. We're pretty confident."

"I think everything went as smoothly as it could," said mom Stacey Pope as she dropped off her son James. "I'm feeling apprehensive about what... he's obviously going to face a lot of changes, and I know that's going to affect him one way or another."

It's the first time in six months that most students will spend time with other children, especially in larger groupings.

Jessop said students would remain in their cohorts throughout the day to limit numbers and prevent any potential spread of the virus. 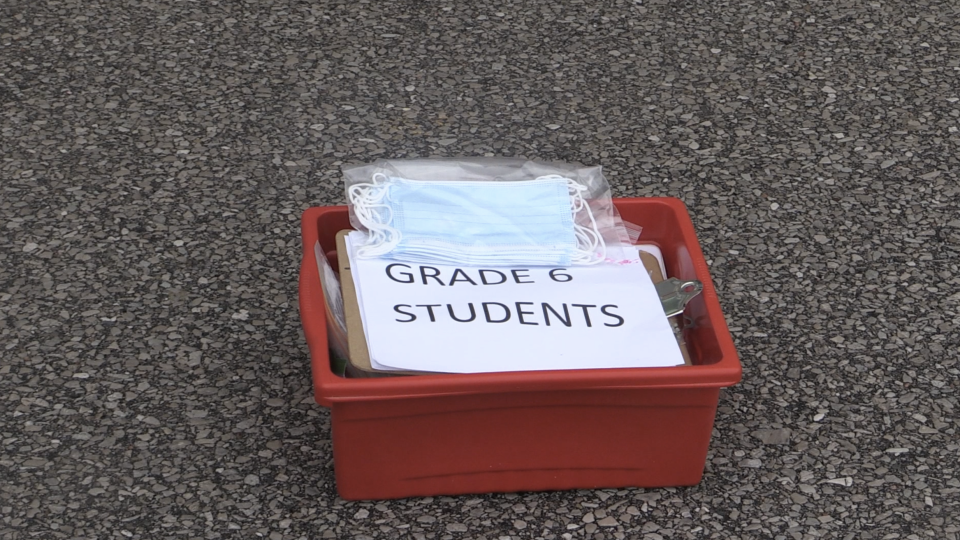 Education Minister Stephen Lecce said he understands the nerves associated with the return to the classroom. "I do believe that students can return to a safe and positive environment," Lecce said in a recent interview.

The government recently released new guidance on how to deal with potential COVID-19 outbreaks in schools, emphasizing prevention and at-home screening. Teachers and principals would need to isolate any child who develops school symptoms.

Public health officials will be given discretion to send entire cohorts of students home from school, or potentially close schools if they feel that is the best way to manage an outbreak.

School boards, teachers' unions and some parents have called on the government to mandate smaller class sizes to ensure physical distancing is possible in the classroom -- and provide funding to make it happen.

Still, the new safety measures are what parents are banking on to get life back to some form of normalcy.

"You hope that the process is going to keep your kid safe, and I'm fairly confident; otherwise, I wouldn't be here," said Pope.