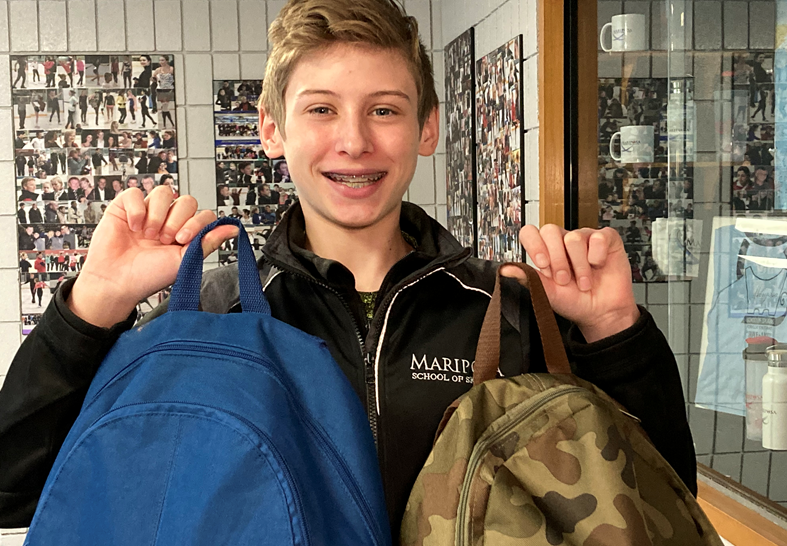 Oscar Oliver has seen firsthand what a refugee centre for Ukrainian children looks like.

This fall, the 13-year-old Warnica Elementary School student has been on a Magical Christmas Mission to collect backpacks for Ukrainian war refugee children living in Poland.

On his first mission, he donated 790 backpacks and another 600 will arrive by sea, courtesy of Indigo.

Young Barrie Boy in Poland giving back to Ukrainian refugees

Oliver is returning to Poland in December and hopes to bring another 582 to round off this year's total giving to 2022.

What keeps him going are the smiles and hugs he remembers from his visits to the centre.

"When I went to Poland, we went to a refugee centre. It was a supportive place for them, but it upset me to see how much they need," he said. "When they heard I was coming – many rushed out the door to help me carry the backpacks, and all the mothers were hugging me. It was really an emotional experience for me."

Oliver is an Ontario Figure Skating champion who trains at the Mariposa School of Skating. He is a dual Canadian/Polish citizen and was recently the guest of honour at the Canadian Embassy in Warsaw, Poland, in recognition of his charitable activities

Oliver's parents are recipients of the Canadian Governor General's Medallion for their charity work. Together, they have established the children's charity, Fundacja Dziecięca Fantazja, based in Poland.

Readers aDonate $50 to buy a backpack for Ukrainian war refugee children in Poland this Christmas.