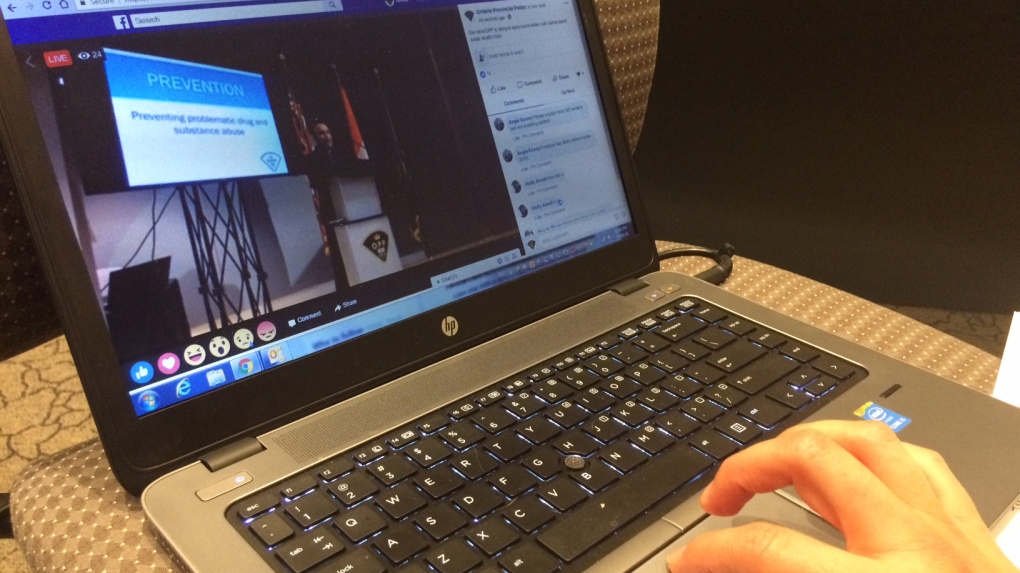 Police forces in Canada are joining colleagues worldwide in issuing warnings about a disturbing online challenge that encourages participants to complete dangerous and violent tasks.

Police in Sudbury and Gatineau, Que., say parents should be warning their children not to engage in the so-called "Momo Challenge."

"We are concerned about it," said a spokeswoman for Gatineau police.

The challenge involves users receiving an invitation on social messaging platforms, including WhatsApp and Snapchat, to message an account called "Momo." That account may then send disturbing images and instructions for various tasks, as well as threats about what will happen if they aren't carried out.

Gatineau police said they recommend users not respond to requests to begin the challenge.

"Block all accounts that are trying to reach them with a 'momo challenge' account," she said, adding to report the account if it's on Facebook. "We don't have the power to shut down the profile."

If anyone commits illegal activity because of the challenge, they could face criminal charges, police said.

Police in Sudbury said the account may threaten to access personal photos and information about a user or warn of a "curse" from "Momo."

"We're asking parents to have a conversation with their children and teens about the risks associated with engaging with any online challenges," a Sudbury police spokeswoman said.

The Canada Safety Council says such challenges are preying on users' gullibility and fears of the unknown.

"(The challenge) is obviously preying on people's fears and concerns and general desire to respond to media, and that's all very alarming," said Wayne MacKay, a law professor at Dalhousie University. MacKay drafted Canada's first cyberbullying law in 2015 and has since encouraged Nova Scotia's legislators to create tougher regulations on cyber safety.

He said youth may participate in the challenge as they want to become a part of a viral trend. He said they may think "this is something fun to do ... maybe it's just kind of a joke," when really, it's dangerous.

Younger people, and the public in general, are not educated enough on the personal risks that exist online, MacKay said. Parents should monitor children's online activity and block suspicious accounts, he added.

"We need better supports and maybe platforms need to provide people with better guidance," MacKay said. "We're much more vulnerable than we think we are."

Police worldwide have warned social media users about the challenge, including authorities in India and Argentina. An image linked to the "momo" accounts that's circled social media is that of a doll with long black hair, large eyes and a sinister-looking smile. The doll was first posted to Instagram around 2016.

Lewis Smith of the Canada Safety Council, an independent organization that works on safety education, said the "Momo Challenge" reminded him of an episode of the Netflix hit "Black Mirror."

"Black Mirror" episodes portray a dark side to technological advances, like social media. "I wonder if (the challenge) was somewhat inspired by it," Smith said.

"It's a tricky subject, you  want a parent to be aware of a child's activity online ... but it walks a fine line between being observant, and being overbearing," Smith said, adding if you over-monitor, your child may work harder to hide their activity. "The best thing a parent can do is be present, let their child know that if they have anything they want to talk about, a parent is willing to discuss this."

"They might be participating in this, because it's what everyone else is doing," he said, noting that young children might not understand the risks. "That kind of behaviour might lead to criminal action."

"There's no reason to get any deeper than you already are," he said.