Residents forced to evacuate from homes after apartment fire in Alliston 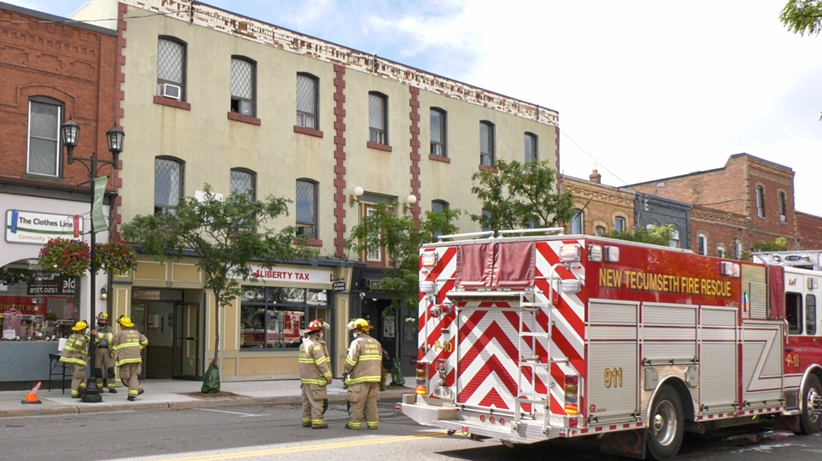 New Tecumseth Fire crews on scene where a fire broke out at in apartment on Victory Street W. in Alliston on Saturday, September 18, 2021 (Steve Mansbridge/CTV News)
Barrie -

Residents of an Alliston apartment complex had to evacuate from their homes after a fire broke out in one of the units early Saturday morning.

Emergency crews were called to the Victoria Street apartment building just before 10 a.m. after receiving reports of smoke in the building.

When crews entered the building, they found a small fire in one of the second-floor units.

Officials say everyone was able to evacuate from the building; however, two people were treated for smoke inhalation at the scene by Simcoe County Paramedics.

"We do have a number of people currently displaced," says Chief Heydon.

"We are currently working with them, bringing them back into the third floor. Unfortunately, due to the damage and the smoke, the second-floor units won't be able to be occupied. We're working with property management to get those folks relocated for the day."

Items belonging to Brian Laundrie have been found off a Florida trail that he frequented, a family attorney says

Investigators searching for Brian Laundrie, the missing fiance of Gabby Petito, found 'some articles' of his off a trail that he frequented near his family's home in Florida on Wednesday, family attorney Steven Bertolino said.