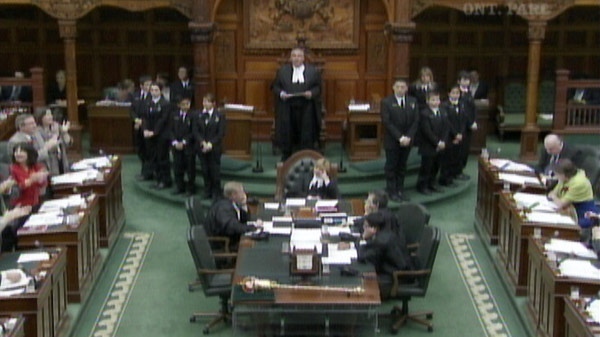 BARRIE -- The Ontario government is taking steps towards preventing what it calls "harmful impacts" to local ecosystems caused by the double-crested cormorants.

On Friday, John Yakabuski, the Minister of Natural Resources and Forestry, announced the province is introducing an annual fall cormorant harvesting season.

In 2019, a survey done by the ministry found an estimated minimum of 143,000 breeding cormorants in 344 colonies based on nest counts across the Great Lakes and numerous inland lakes in Ontario, including Georgian Bay. Those studied suggest the populations of the bird are increasing.

"We've heard concerns from property owners, hunters and anglers, and commercial fishers about the kind of damage cormorants have caused in their communities, so we're taking steps to help them deal with any local issues," said Minister Yakabuski. "In large amounts, cormorant droppings can kill trees and other vegetation and destroy traditional nesting habitats for some other colonial waterbirds, so it's critical that we take action to strike a healthy balance in local ecosystems."

The harvesting season will allow hunters to hunt 15 birds per day beginning September 15 and run until December 31. At the same time, while some may choose to eat the bird, hunters who don't must properly dispose of the carcass.

In November 2019, the province proposed the hunting season run from May until September. Still, numerous groups, including the Georgian Bay Association, lobbied against it saying it could pose a high risk to public safety during the summer months.