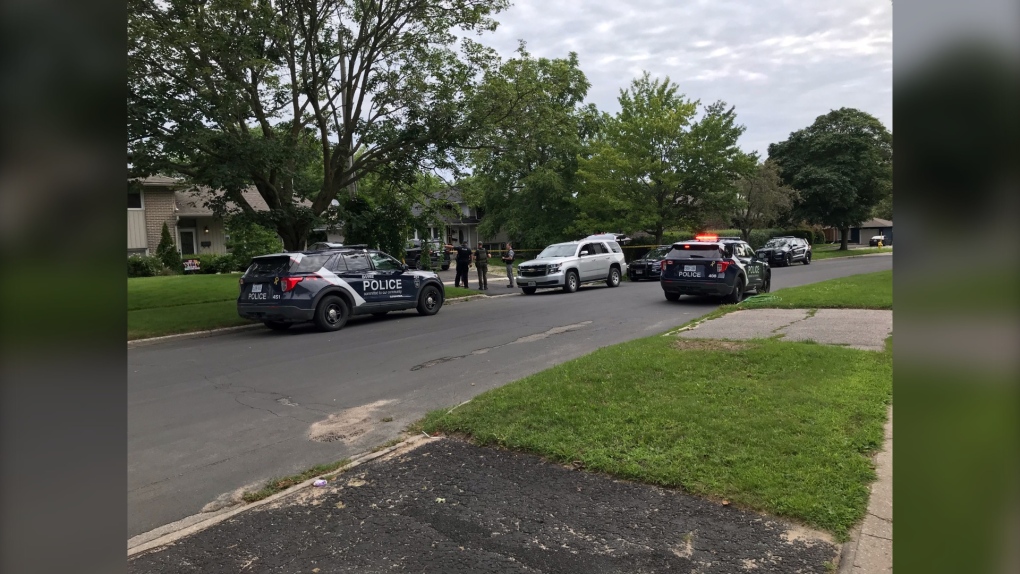 Police have located a weapon in a neighbourhood in the north end of Barrie after a search Saturday morning.

According to Barrie Police, a firearm was found by a resident in their backyard on Steel Street.

**Update to Search- shortly after 3:00pm, a resident of Steel St. located a firearm in their backyard that is believed to have been involved in the incident from this morning that prompted the warning from #BarriePolice. The investigation into this isolated incident is ongoing pic.twitter.com/rxOgJaScnY

An evidence search began Saturday morning for the weapon that police believed may have been discared somewhere on the following streets:

According to police, the search is connected to an ongoing incident that took place shortly after 8 a.m. Saturday. Barrie police say four people have been arrested.

Anyone living in the area is asked to check their properties before allowing children outside. Those with information are asked to contact 9-1-1 if the weapon is found and to not touch it.

#BarriePolice can now confirm that the incident occurred shortly after 8:00am this morning and the possibly discarded weapon is a firearm. If located, DO NOT TOUCH and call 911 immediately. Residents in the identified area are encouraged to check their property thoroughly. pic.twitter.com/Fv16InDgDC