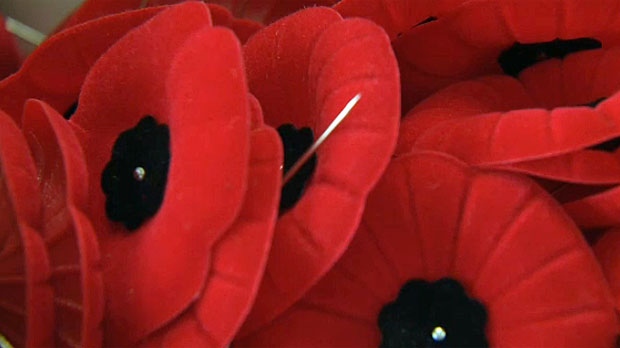 Money raised from the sale of the poppies goes to help veterans.

Orangeville Police say the man grabbed the donation container from the counter at a Tim Hortons on Monday, Oct. 28th. According to police, he attempted to take another poppy box from a Circle K convenience store a few hours later but was unsuccessful when the store employee saw him. He ran from the store.

Police claim the same man tried to take roughly $70 worth of merchandise from a Zehrs store the next afternoon but was arrested by the loss prevention officer.

They say he escaped from the store officer but was captured on security video, which was turned over to police.

The accused was arrested on Thurs., Oct. 31st while walking along Bythia Street.

He is charged with theft under $5,000, escaping lawful custody and cocaine possession.