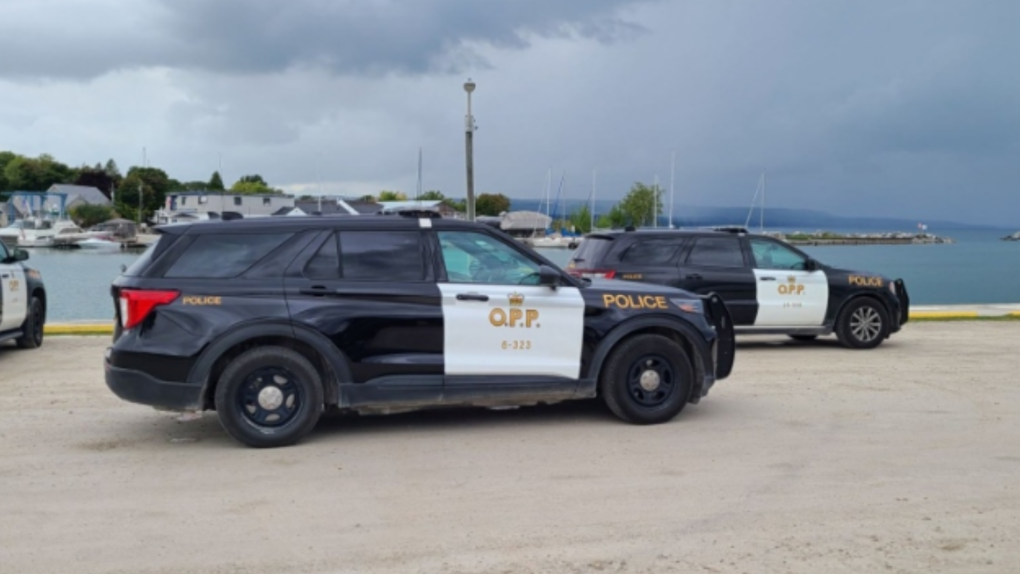 Multiple OPP cruisers are seen at the marina in the Municipality of Meaford for an ongoing investigation involving a submerged vehicle on September 25, 2022. (Source: West Region OPP/Twitter)

Grey Bruce OPP recovered a stolen vehicle from the bottom of the lake in Meaford Sunday.

Police were called to the Meaford Marina shortly before noon after a pickup truck was spotted underwater adjacent to the pier near St. Vincent Street.

“The vehicle was completely submerged, and it was unclear if anyone was still in the vehicle,” said Const. Nick Wilson Monday morning.

The OPP’s underwater search and recovery unit was called to investigate and found the truck was empty, he said.

Once the vehicle was raised out of the water, it was determined it was a stolen vehicle from Meaford.

Wilson said no determination had been made regarding how long the truck had been in the waters beside the marina.

“As summer winds down and we’re into fall, there’s not as much boat traffic at the marina, so I honestly can’t say how long it’s been in there,” he said.

Wilson said it was quite the ordeal in the small township, and crowds that had gathered to watch the retrieval were initially disbursed.

“It was quite an event in a small community, and people gathered. But until we were sure there were no bodies to recover, we had to keep people back to let the underwater search unit and the tow truck do their jobs,” he said.

Tyre Nichols was hospitalized after he was pulled over on January 7, police have said. Five Memphis Police Department officers, who also are Black, were fired after an internal investigation and are facing criminal charges, including second-degree murder.