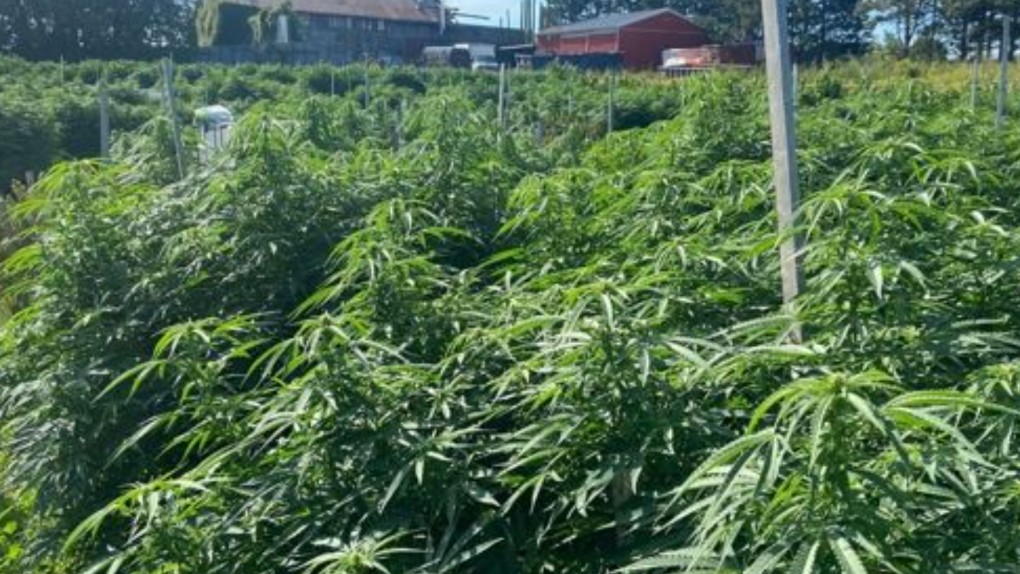 Over 730 kilograms of cannabis in various forms seized by OPP in Caledon in July 2022. (OPP/ Submitted)

Two Caledon men in their late 60s are facing charges after the OPP says it dismantled an illegal cannabis butane oil production.

Police say the two were involved in the unlicensed oil extraction lab in a greenhouse on a property on Patterson Side Road in the Town of Caledon.

The investigation into the outdoor cannabis operation started in July 2022.

Investigators say they seized a street value of almost $5,000,000 in cannabis, including 500 fully grown marijuana plants, 16.5 kilograms of butane cannabis oil, 9 kilograms of hash and around 730 kilograms of other cannabis in various forms.

The 65-year-old and 67-year-old are facing three drug charges and are scheduled to appear in court in November.