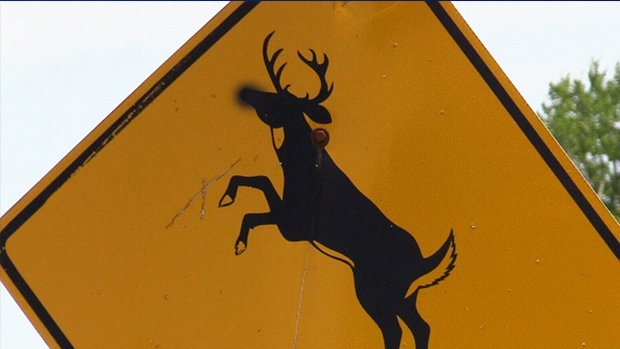 In just one week, police responded to seven collisions involving deer, prompting officers to caution motorists on what to look for at this time of year.

Provincial police say the highest risk times for deer collisions are from sunset to midnight and during the hours shortly before and after sunrise.

Deer seldom run alone, so police say if you see one, others are likely nearby.

They also advise using high beams when driving at night if there is no oncoming traffic to help illuminate deer near the roadway.

If you spot a deer in your way, stay in your lane and brake firmly. Police say most serious crashes happen when drivers swerve to avoid an animal and lose control of their vehicle or hit another car.