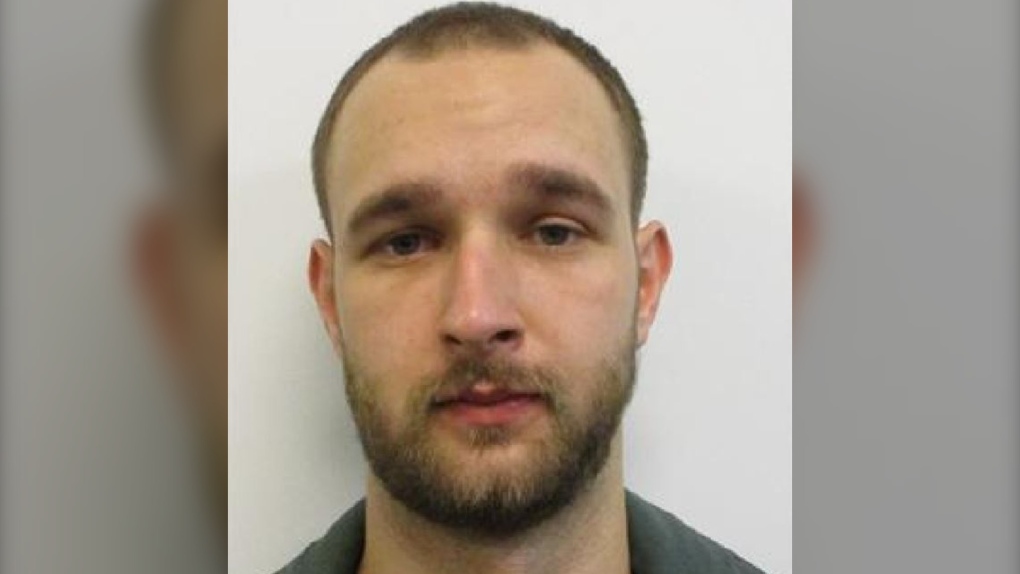 Police in Barrie arrested a man wanted on a Canada-wide warrant as he made his way into the city Monday night.

Police say they learned the offender, Jakob Beisel, was believed to be heading to the Barrie area.

They were told he could be in the company of a woman and her 17-month-old baby, both of whom had been reported missing earlier in the evening in Timmins.

Barrie police say officers noticed a mid-sized black vehicle on Bell Farm Road as it turned onto Duckworth Street with the same licence plate number provided for the wanted man.

The officers conducted a traffic stop and arrested the 22-year-old man.

When the Canada-wide warrant was issued in mid-May, Beisel was serving a three-year sentence for armed robbery and failed to return after a statutory release.

Police say the vehicle he was driving Monday night was stolen and that they found drugs and an edged weapon during the arrest.

He faces several charges, including weapons and drug offences.

Officers also charged the woman who was with him with possession of stolen property obtained by crime over $5,000.

Police say arrangements were made for the safe care of the baby while the woman was in custody.

One of the wolves that were released during an apparent break-in at the Greater Vancouver Zoo this week has been found dead, and another remains on the loose.

A month after an Ontario intensive care unit temporarily closed due to a “significant staff shortage,” the hospital has no timeline for when the ICU will re-open its doors.

A new study has found that three drugs, including the antiparasitic ivermectin, had no significant effects in treating low oxygen levels or preventing ER visits, hospitalization or death due to COVID-19.

Pharmacists and health care professionals are asking the public to only buy what they need and to be up to date on all their essential immunization shots to help with Tylenol, Advil shortages.