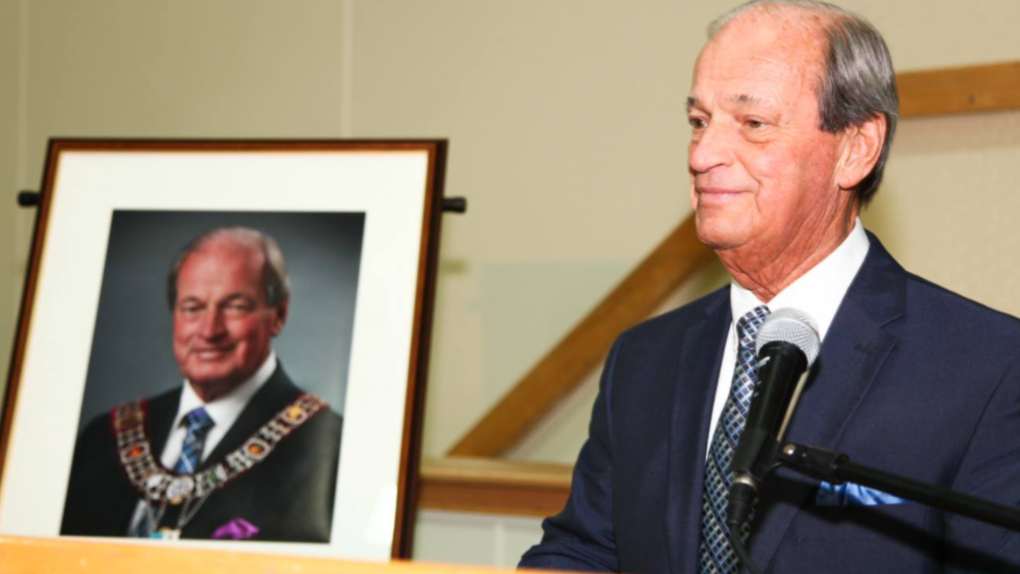 Cal Patterson, mayor of Wasaga Beach from 2003 to 2014 and former Simcoe County Warden passed away Wednesday.

In a statement from the town of Wasaga Beach, Mayor Nina Bifolchi said “On behalf of council and town staff, I extend sincere sympathy to the Patterson family. Cal diligently served our community for many years as an elected official. His leadership and dedication were unwavering and his commitment to Wasaga Beach continued after he left municipal politics. He was a good friend, a mentor, ethical to the core, and someone I will miss greatly.”

Wasaga Beach residents first elected Patterson as a councillor in 1991, where he served until becoming deputy mayor in 1997 for six years.

In 2003, Patterson was elected mayor where he served two terms until 2014.

Patterson was also a County of Simcoe councillor, serving two terms as warden.

Not one to shy away from public service, Patterson sat on boards for G&M Hospital, RVH in Barrie, My Friend’s House, and United Way. He was also a Wasaga Beach Rotary Club charter member, a Wasaga Beach Lions Club member, and most recently served as a director on the Living Wish Foundation.

For his contributions, Patterson received the Wasaga Beach Citizen of the Year award, the Queen Elizabeth Diamond Jubilee Medal, and the Order of Wasaga Beach. He was also a Paul Harris Fellow through Rotary International.

George Vadeboncoeur, chief administrative officer for the Town of Wasaga Beach, said Patterson loved his community and always wanted the best for it.

Patterson leaves behind a wife of 35 years, three surviving children and several grandchildren. He was 73.

Flags will be flown at half-mast at all Wasaga Beach facilities in honour of Patterson.

Funeral arrangements have yet to be announced.

A rescue operation is underway Monday for 39 people stuck underground at Vale's Totten Mine in Sudbury, Ont., CTV News has confirmed.

Homicides in the U.S. in 2020 increased nearly 30% over the previous year, the largest one-year jump since the FBI began keeping records, according to figures released Monday by the agency.