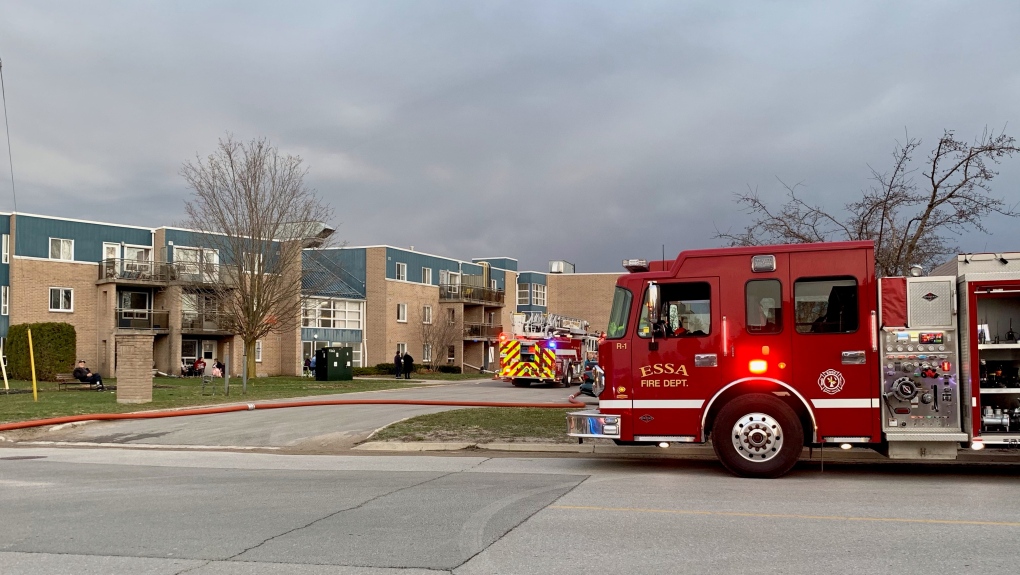 BARRIE, ONT. -- A kitchen fire in a unit at an Angus retirement home forced residents to evacuate Tuesday evening.

Fire crews managed to knock down the fire at the Angus Gardens Senior Citizens Complex on Centre Street and worked to ventilate the building.

Officials say everyone got out safely after the alarms sounded.

Simcoe County paramedics assessed two people at the scene, one for smoke inhalation and another for mobility issues, but no one was seriously injured.

Crews say the fire was contained to the first-floor kitchen. They say a pot left on a stove appears to have caused the problem.

CTV News is told most residents should be able to return to their units, with the possible exception of the unit where the fire originated and surrounding apartments.