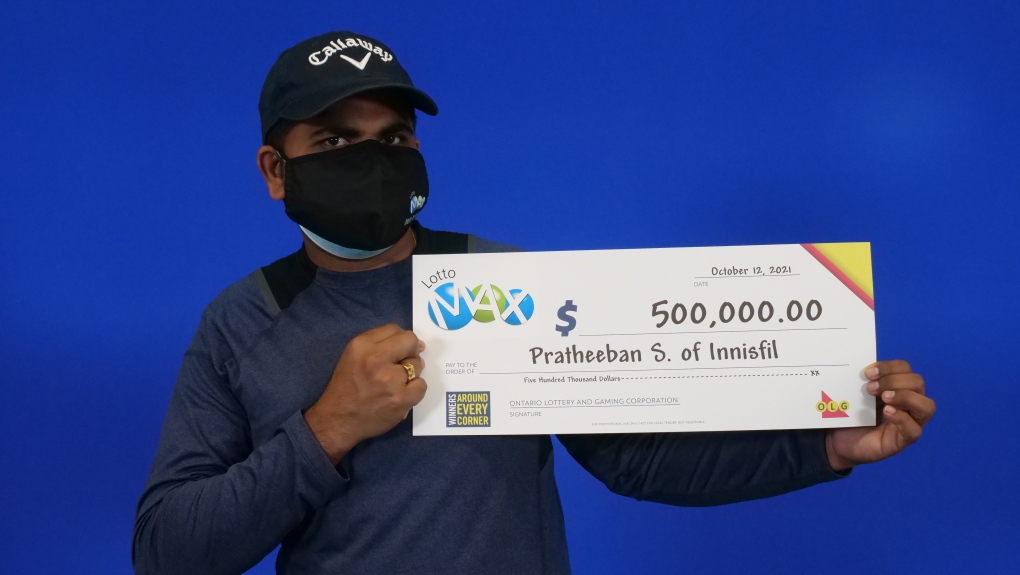 An Innisfil business owner hit hard by the pandemic now has a half-million reasons to smile after splitting a Maxmillions prize with another winning ticket from June 8.

"I didn't want my staff to lose any income," says Pratheeban Sivarajah, "So, I kept them all on at my own expense. This win will be invested back into my business."

The 42-year-old says the winning Lotto Max ticket numbers were picked randomly at a Petro Canada on Highway 7 in Markham.

According to the OLG release, his wife thought he was playing a joke on her when he brought the ticket home after checking it.

More COVID-19 booster shots may be on the way -- but when it's your turn, you'll get an extra dose of the original vaccine, not one updated to better match the extra-contagious delta variant. And that has some experts wondering if the booster campaign is a bit of a missed opportunity to target delta and its likely descendants.

Tk'emlúps te Secwepemc Chief Rosanne Casimir told Prime Minister Justin Trudeau that his visit to the First Nation community Monday is 'bittersweet' following his notable absence from their ceremony to recognize the first National Day for Truth and Reconciliation.

Colin Powell, the trailblazing soldier and diplomat whose sterling reputation of service to Republican and Democratic presidents was stained by his faulty claims to justify the 2003 U.S. war in Iraq, died Monday of COVID-19 complications. He was 84.

Half of Canadian parents would vaccinate their 5-11 year old ASAP: survey

With Health Canada expected to soon begin considering COVID-19 vaccine eligibility for children aged five to 11 years, a new survey by the Angus Reid Institute says that more than half of Canadian parents plan to give their kids the jab as soon as they get the green light.

Former U.S. President Donald Trump answered questions under oath for about 4 1/2 hours Monday as part of a lawsuit brought by men alleging they were assaulted by his security during a demonstration outside Trump Tower in 2015, a lawyer for the plaintiffs said.

From serving as the chairman of the U.S. Joint Chiefs of Staff, earning the medal of freedomtwice and making the case for U.S. invasion of Iraq before the United Nations, CTVNews.ca has collected a selection of images that show the long career of the late Colin Powell.

The family of an Ottawa man who has been missing since Thursday is offering a $10,000 reward for tips that lead to him being found.