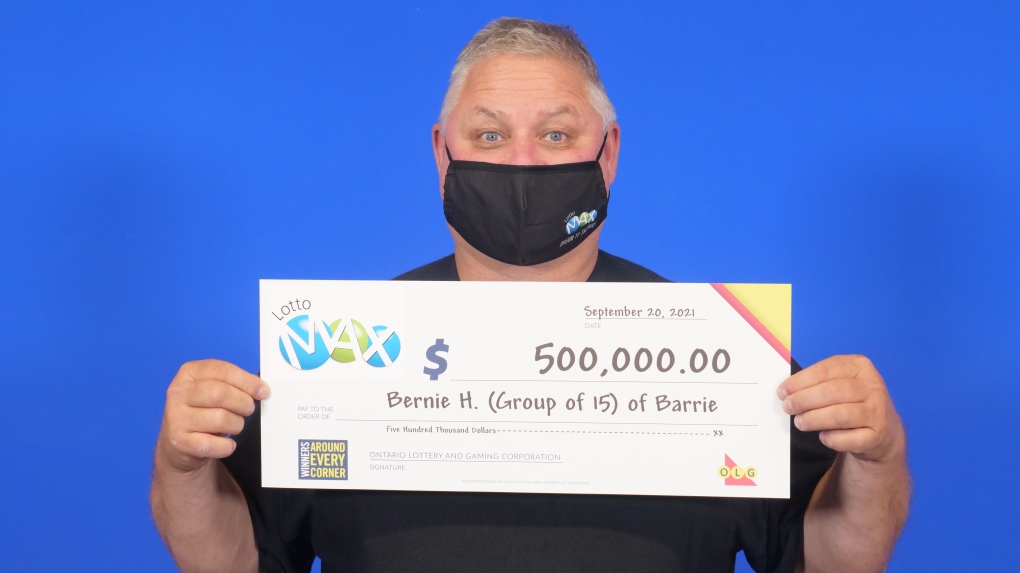 Group leader, Bernie Hutz, of Barrie, Ont., hold the big cheque for a group of 15 from Simcoe County at the OLG Prize Centre in Toronto. (OLG)
Barrie, Ont. -

A group of 15 men from Simcoe County will split $500,000 after winning with their joint lottery ticket.

Barrie resident Bernie Hutz went to the Toronto prize centre to pick up the half-million-dollar cheque and says this is their first big win. "Everyone was pretty excited."

Hutz said there is a lot of talk about home renovations among those in the group after winning the Maxmillions prize on their June 22 Lotto Max ticket.

"They are a great bunch of guys who are very deserving of this," he added."

Other members of the group are from Barrie, Minesing, Coldwater, Midland, Collingwood, Thornton and Nottawa.

The winning ticket was purchased at Innisfil KFF Convenience on Innisfil Beach Road in Innisfil.

The group has been playing together for the past seven years.

Netflix Inc employees are staging a walkout on Wednesday in an unprecedented show of defiance to protest the streaming giant’s decision to release comedian Dave Chappelle’s new comedy special, which they say ridicules transgender people.