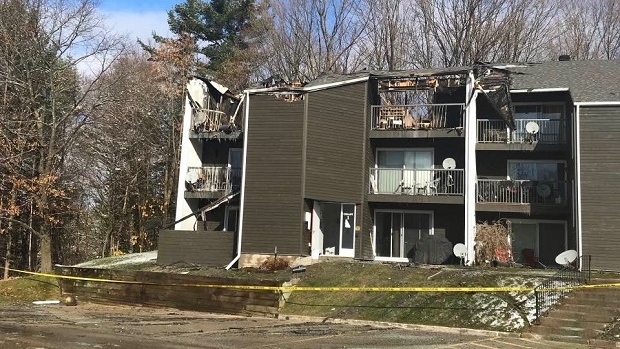 A fire that broke out at a condo complex in Oro-Medonte on Friday morning caused extensive damage to multiple units.

Officials tell CTV News that when crews arrived, flames could be seen shooting out the roof of the top condo, which was fully involved and sustained the most damage. Surrounding units have significant heat and water damage. 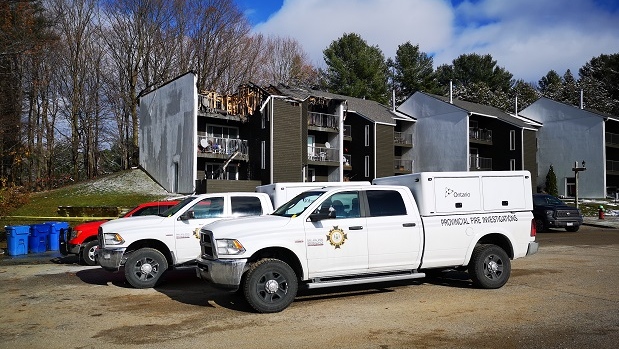 Everyone escaped uninjured, including a cat from a lower-level condo that was rescued by firefighters.

The Ontario Fire Marshal's Office was on scene and said the fire does not appear to be suspicious.

There is no word on what may have caused the blaze.