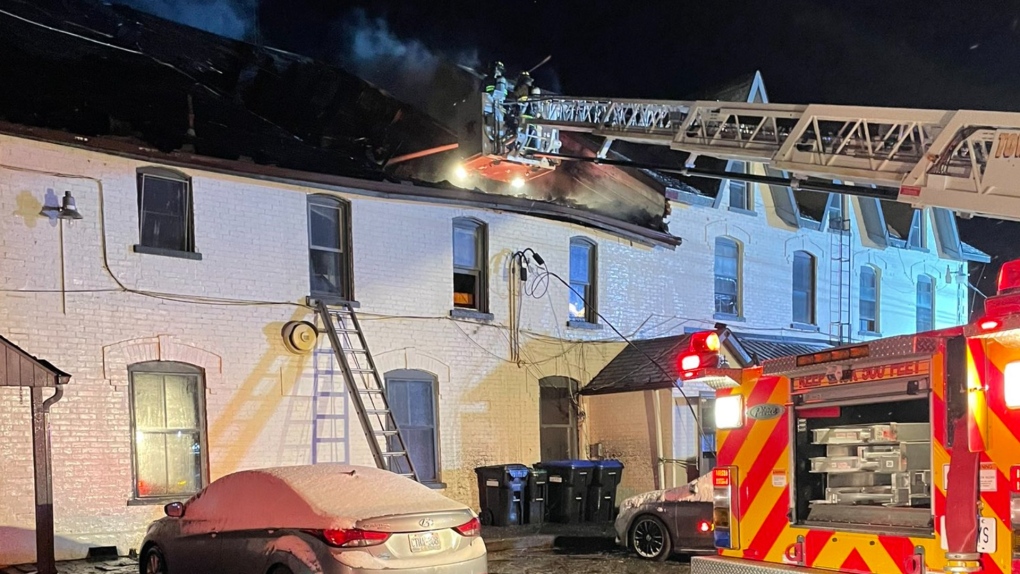 Firefighters attend the scene of a fire at a building in Creemore, Ont., on Thurs., Dec. 1, 2022. (Twitter/Creemore Acting Fire Chief Scott Davison)

Firefighters credit working smoke alarms and a quick-thinking neighbour for waking tenants after a fire broke out at a building in Creemore.

The fire started at the La Cucina by Quince restaurant at the corner of Caroline and Mill streets shortly after 1:30 Thursday morning.

Acting Fire Chief Scott Davison says a neighbour noticed the flames and banged on the doors to wake the tenants living above the business.

They got out safely while firefighters rescued three cats that were given oxygen at the scene. Davison says two survived.

Crews also went to the extra effort of carrying a fish tank from the smoke-filled building.

"It's little things like that. If we can do it, we will because they had it pretty rough. It was such heavy damage," Davison adds.

They also salvaged some personal effects for the tenants.

The damage is estimated at $2 million.

The Ontario Fire Marshal's office is investigating the cause of the fire.