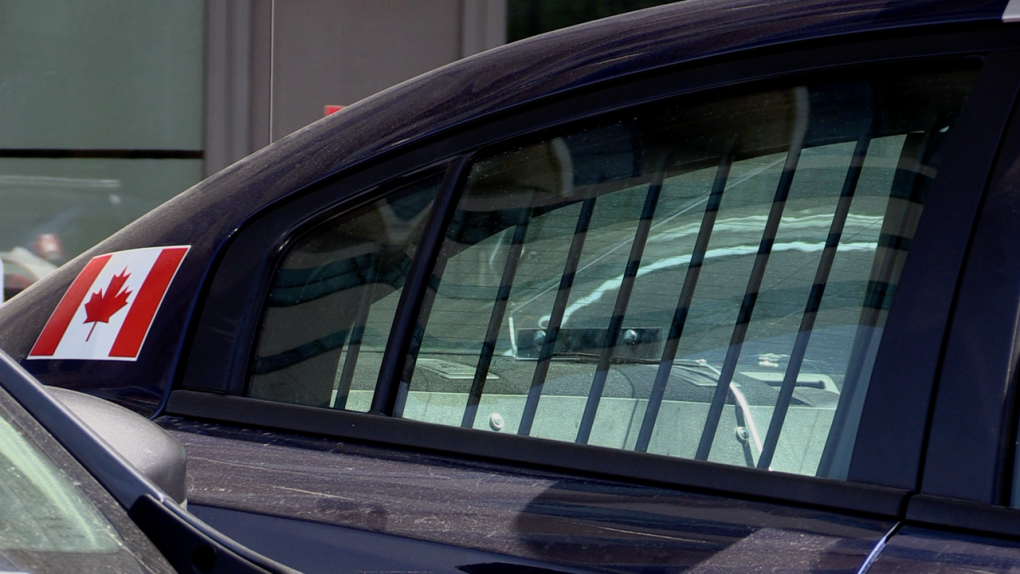 Barrie police charged a 26-year-old man following reports of an "erratic and dangerous" driver on city streets earlier this week.

Early Tuesday afternoon, police say several complaints were made about a silver-coloured SUV in the area of Dunlop Street and Hart Drive that was responsible for fail-to-remain collisions.

After investigating, the police determined that there had been only one collision at the intersection of Dunlop Street and Hart Drive, where the silver SUV hit two pick-up trucks travelling in opposite directions.

Police say the driver of the SUV continued to drive aggressively at high speeds, attracting the attention of other motorists who provided details to officers.

Police say they searched the area and eventually spotted the SUV at Bayfield and Wellington streets, where it was spotted running a red light and almost hitting a marked police vehicle.

The SUV was last seen in the area of Wellington and St. Vincent streets.

Later that day, police say they received a call about an abandoned vehicle in a parking lot on Owen Street and determined that it was the same SUV from earlier.

The following day, the 26-year-old driver, of no fixed address, was arrested and charged with dangerous operation of a motor vehicle and failure to stop after an accident.

He was remanded into custody and held for a bail hearing.

In a release, the Barrie Police Service thanked the public for its assistance in providing details about the SUV and the ongoing investigation.

An elderly woman is dead and a suspect is in custody after what police are describing as an 'unprovoked attack' on a downtown Toronto sidewalk Friday morning.

A judge has ordered the Liberal government to help bring home four Canadian men being held in Syrian camps. Federal Court Justice Henry Brown has directed Ottawa to request repatriation of the men as soon as reasonably possible and provide them with passports or emergency travel documents.

What you should know about Canada's new alcohol guidelines

Canada has overhauled its alcohol consumption guidance, and the difference between the new and old recommendations is stark. Here is a summary of what we know about the new guidelines.

Police believe that two heavily armed men were planning for a shootout with police after they entered a bank in Saanich, B.C., in June and demanded cash.

A Lethbridge baby is in hospital, in critical condition, while her parents are behind bars, accused of her horrific abuse.

A former Afghan lawmaker who was killed in her home on Sunday had been trying to leave the country, her friend tells CTV News.

The federal government says Canada will guide a peace process aimed at resolving the ongoing crisis in Cameroon where years of fighting and strife have displaced nearly 800,000 people.

Financial success is the top priority for Gen Z when choosing jobs: survey

Financial success is the top priority for Gen Z when it comes to choosing jobs, according to a new survey by jobs website Indeed.