Dump truck rolls over along Highway 11, north of Barrie 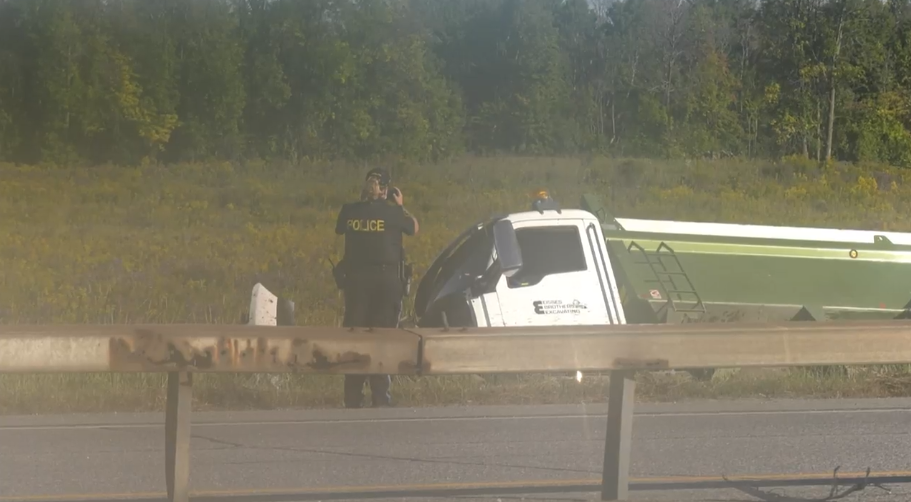 A single-vehicle rollover caused traffic chaos on Highway 11 north of Barrie during the morning rush on Thursday.

A dump truck rolled onto its side in the ditch along the southbound lanes between Line 1 and Penetanguishene Road.

Police say no injuries were reported.

One lane was blocked for the cleanup.  The area has since reopened.

Officers are investigating what caused the incident.