Driver, 69, rolls vehicle into house in Midland, Ont., with children on board 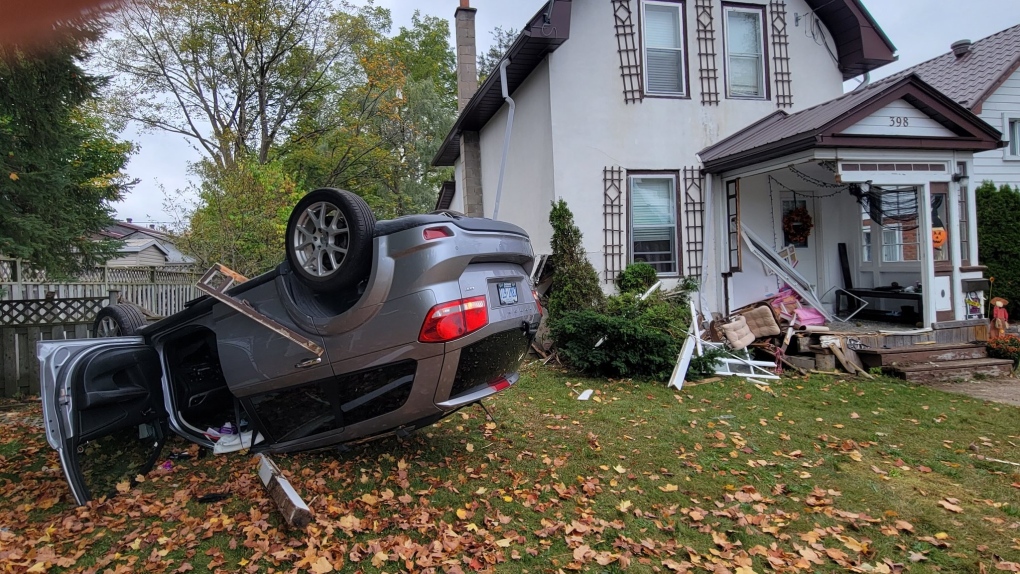 A woman driving with two children on board lost control of her vehicle and hit a house in Midland.

Provincial police say the SUV was travelling south on Queen Street Wednesday morning when the driver lost control, causing the vehicle to mount the curb.

Police say it became airborne on a small hill and hit the house, landing upside down on its roof.

Fortunately, there were only minor injuries to the three occupants.

They say the crash caused damage to the home that is being assessed.

The homeowner, meanwhile, had just taken her child to school, and police say she was thankful they weren't in harm's way.