Dog dies after being struck by dirt bike, OPP looking for rider 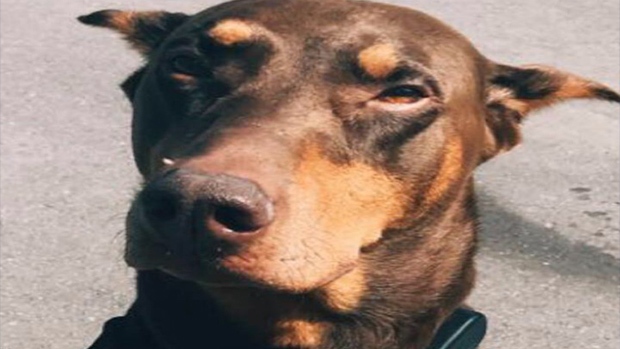 Police say this dog, Zeus, died shortly after being hit by a dirt bike travelling at a high rate of speed in Omemee on Mon., Oct. 7, 2019 (Supplied)

Provincial police are looking for three dirt bike riders involved in an incident that resulted in the death of a dog.

The dog was being walked by his owner along Mary Street in Omemee on Monday evening when police say the three dirt bikes, two red and one yellow, raced toward them.

According to officers, one of the bikes hit the dog before all three rode off westbound to the entrance of the Great Canadian Trail at Sibley Avenue.

Police are asking for anyone with information to contact the City of Kawartha Lakes OPP at 1-888-310-1122.