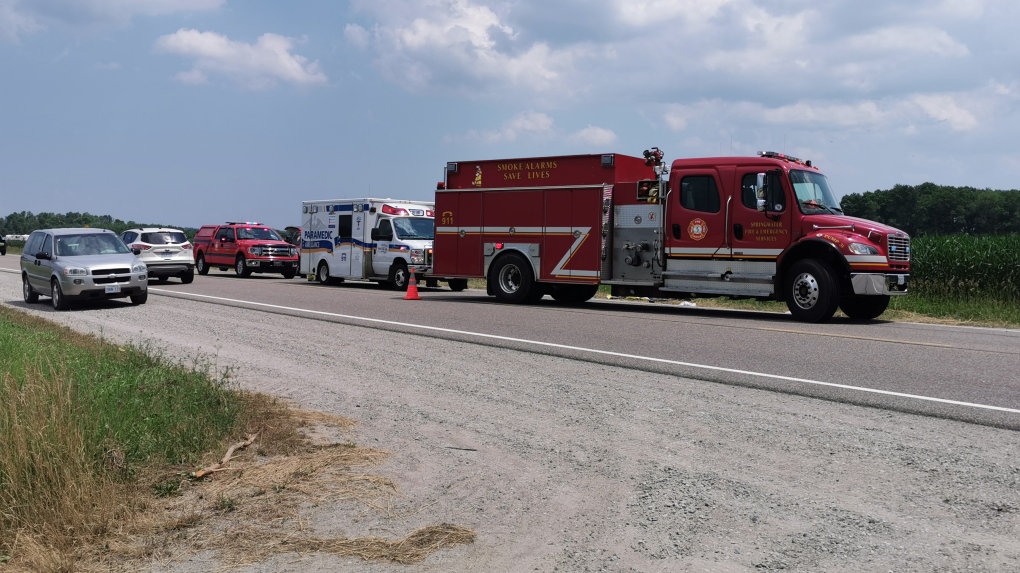 Emergency crews at the scene of a fatal collision between a motorcycle and farm tractor on Hwy 26 near Horseshoe Valley Road in Springwater Twp., Ont., on Fri., July 10, 2020. (Don Wright/CTV News)

BARRIE, ONT. -- The OPP charged an 84-year-old Springwater Township man with the death of a motorcyclist in July 2020.

According to police, a 64-year-old Essa Township man died after his motorcycle collided with a farm tractor travelling along Highway 26 west of Horseshoe Valley Road on July 10.

Police say the victim was thrown from his motorcycle and died at the scene.

The accused faces a charge of careless driving causing death.

He is scheduled to appear in court in March.