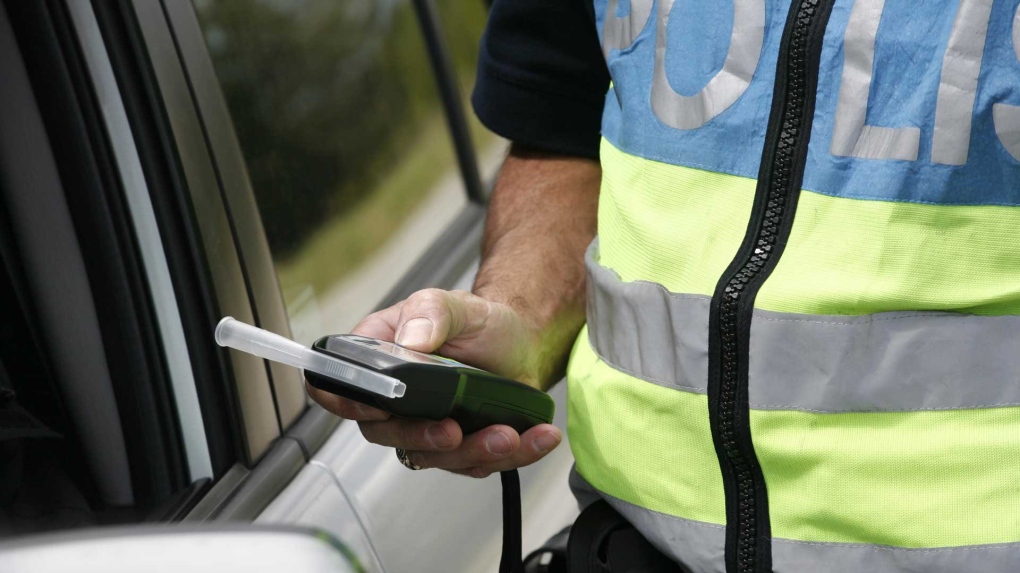 A police officer holds a breathalizer in his hand while approaching a vehicle. FILE IMAGE (OPP_CR)
Barrie, Ont. -

Bracebridge OPP officers arrested a man accused of drunk driving and drug possession in a school zone on Monday morning.

According to provincial police, the 24-year-old Waterdown resident was on his way to a nearby job site when officers stopped his vehicle in the area of Clearbrook Trail in Bracebridge.

Police charged the driver with impaired driving, an impaired blood alcohol concentration of 80 plus, and possession of cocaine.

The accused will appear in a Bracebridge court in November to answer to the charges.

Police say his driver's license was suspended for 90 days, and the vehicle was towed away.