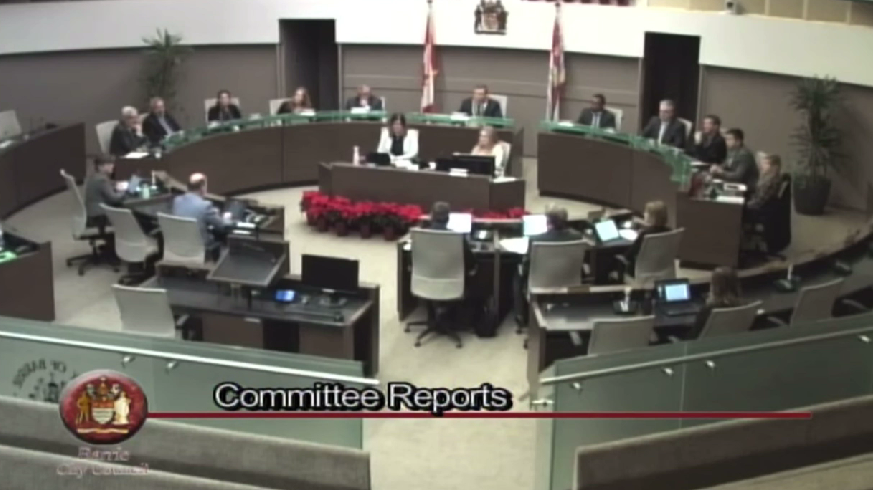 As councillors met on Wednesday the decision for who will serve as the city's deputy mayor for the next four years was ratified.

After initially being presented to general committee last week, Ward 5 councillor Robert Thomson was named to the position. The decision was made by new Mayor Alex Nuttall, and then approved by his fellow councillors.

In a previous interview with CTV News, Nuttall said he selected Thomson based on his experience during his first term and his belief that Thomson would be able to help find cohesion amongst the council table.

At Wednesday's meeting a lengthy debate erupted as a result of a last-minute motion brought forth by councillor Clare Riepma. Concerned about the Ford government's Bill 23, which was passed earlier this week and will see development fees waived in an effort to increase housing supply, Riepma wanted council to send a letter to the province outlining concerns over those lost development charges.

Riepma says losing those fees will be detrimental to the city.

"Now therefore be it resolved one that the city of Barrie request the government of Ontario to fund the expansion of the Wastewater Treatment Facility to aid Barrie in meeting the housing targets outlined by the province of Ontario in Bill 23," Riepma read from his motion during the meeting.

The expected price tag of that new facility is expected to be $250-million.

Councillors eventually voted to send the letter to the government, with some amendments to find a more conciliatory tone. They said the provincial housing minister, Steve Clark, reached out ahead of the meeting ensuring them that the province will help fill any gaps in revenue.

"When it comes to the provincial government we need to have better relations than we've had in the past with them because we won't be able to influence the process if we're not even invited into the building," Nuttall said during the meeting.

The mayor is expected to bring the concerns of his councillors to Ontario's Big City Mayors caucus when they meet on Friday.

OPS and Ottawa Bylaw officers issued 192 parking tickets and 67 Provincial Offences Notices in downtown Ottawa this weekend, as hundreds of people marked the one-year anniversary of the 'Freedom Convoy'.

Ryan Reynolds went from joy to despair, and punch-the-air ecstasy to desolation.

A Missouri mother who reported that her infant twins were stillborn has been convicted of manslaughter. Maya Caston, 28, was convicted of second-degree involuntary manslaughter and two counts of child endangerment.