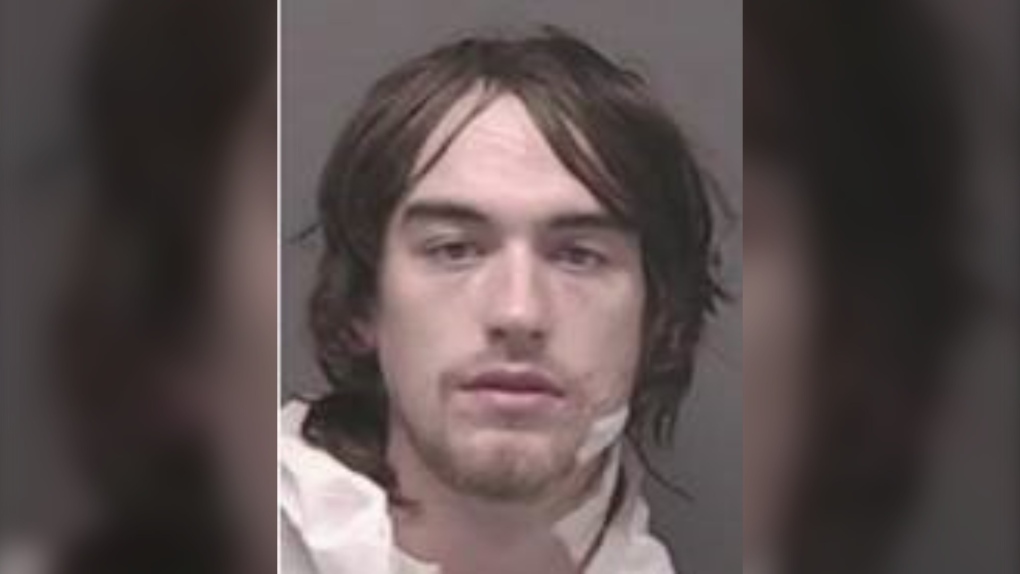 Police have issued an arrest warrant for a Newmarket man they believe is armed and dangerous.

It began on Friday, July 29, when York Regional Police were called to a home in the Prospect and Gorham streets area for a wounded person.

There, police found an injured young woman who was suffering from life-threatening injuries. She was taken to hospital but Nicole Mercer, 22, succumbed to her injuries.

A post-mortem later determined that the Toronto woman had died of a single gunshot wound.

Police now believe Alexander Jolly of Newmarket is a suspect in their investigation.

Jolly is described as a young Caucasian male, 6’2”, 150-lbs with a thin build. He has a fair complexion, straight brown hair and blue eyes.

Jolly is considered armed and dangerous and should not be approached. Police are encouraging him to seek legal counsel and turn himself in.

Investigators want to remind the public that by assisting the suspect, they may be subject to criminal charges.

CTV News in Pakistan: Afghans forced out of their homeland now homeless

CTV National News Executive Producer Rosa Hwang shares what she witnessed during a visit to a refugee camp in Pakistan, where Afghan children live in flimsy tents set up in a park, without the basics like running water or enough food, with only their mothers for protection.

Despite warm and mild temperatures stretching on throughout most of the fall season, the wrath of winter may be coming soon, experts say. But frigid temperatures aren’t expected to last.

Smith tables controversial sovereignty act, which is 'likely' to survive in court

Danielle Smith introduced the Sovereignty within a United Canada Act in the legislature Tuesday while trying to reassure Albertans that it has nothing to do with leaving the country.

The Bank of Canada lost $522 million in the third quarter of this year, marking the first loss in its 87-year history. In the central bank's latest quarterly financial report, it says revenue from interest on its assets did not keep pace with interest charges on deposits at the bank.

Ten food trend predictions for 2023, according to Yelp

What trendy things will we be eating and drinking next year? Predictions for the top 10 food and beverage trends of 2023 were revealed recently by review site Yelp.

Drug slows Alzheimer's but can it make a real difference?

An experimental Alzheimer's drug modestly slowed the brain disease's inevitable worsening, researchers reported Tuesday – but it remains unclear how much difference that might make in people's lives.

A disciplinary case was opened against Croatia at the World Cup on Tuesday after the team's fans taunted a Canada player with Serbian family ties.

The RCMP has confirmed it is investigating 'broader foreign actor interference activities' in Canada, but Commissioner Brenda Lucki is declining to provide more details given the investigations are 'ongoing.'

The U.S. Senate passed bipartisan legislation Tuesday to protect same-sex marriages, an extraordinary sign of shifting national politics on the issue and a measure of relief for the hundreds of thousands of same-sex couples who have married since the Supreme Court's 2015 decision that legalized gay marriage countrywide.