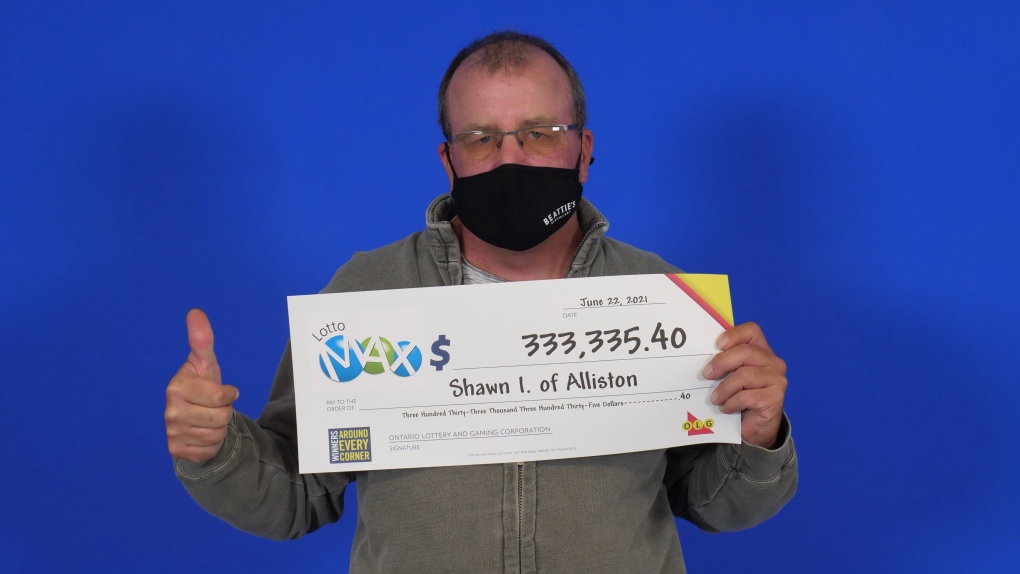 A potato farmer in Alliston said he was in "complete shock" after realizing he had hit it big with the encore numbers on his Lotto Max ticket.

Shawn Irvin won $333,333.40 after also winning $2 on his encore selection and splitting the $1 million Maxmillions prize with two other tickets sold in Sudbury.

The 52-year-old said he likes to play the lottery when the jackpot is high. "I checked my ticket using the Ticket Checker and started crying tears of joy when I saw the amount."

He bought his ticket at Banting Convenience on Victoria Street in Alliston.

Irvin says he hasn't made any plans for his winnings yet, adding, "I'm still in disbelief."

Meanwhile, two people will split the $70 million Lotto Max prize from Tuesday's record-breaking draw. OLG confirms one ticket was sold in Toronto, the other in British Columbia.

OLG said 30 of the 70 Maxmillions prizes in the June 22 draw that were up for grabs were won or shared by 46 tickets across Canada. It added of those, 31 are Ontario winners, including in Simcoe and Grey counties.