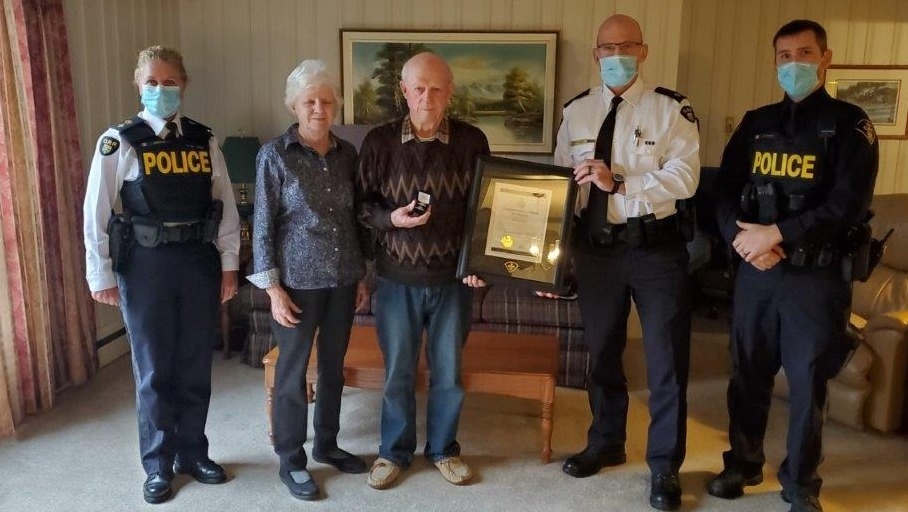 Provincial police recognized an 80-year-old Port Carling man for fighting off a black bear that got into his home two years ago.

Norman Ruff received a Citation for Bravery on behalf of OPP Commissioner Carrique on Tuesday.

According to police, Ruff suffered minor injuries during his encounter with the bear in his Port Carling home in July 2019.

"The bear left through a door after a short physical confrontation," police stated in a release on Wednesday.