Barrie man arrested for DUI after crashing into hydro pole

Barrie man arrested for DUI after crashing into hydro pole 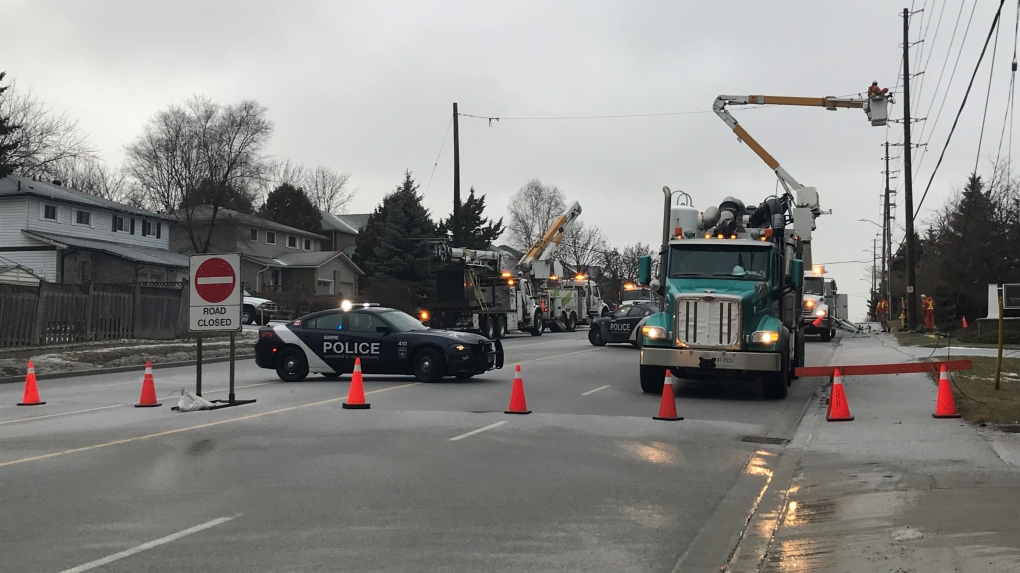 Alectra crews work to replace a hydro pole after a vehicle crashed into it on St. Vincent Street in Barrie, Ont., on Thurs., Jan. 19, 2023. (CTV News/Jonathan Guignard)

Police arrested a driver who collided with a hydro pole in Barrie's east end in the early morning hours on Thursday.

Barrie police say officers found the driver a short time later and took him into custody for driving under the influence of alcohol.

They charged the 23-year-old Barrie man with impaired-related offences.

The crash caused significant damage to the hydro pole, resulting in the closure of St. Vincent between Cundles Road East and Meadowlark Road.

A spokesperson with Alectra said crews were working to replace the hydro pole.

The hydro company estimates those impacted by the power outage will have it restored between 7 p.m. and 9 p.m.

The road will reopen once the work is complete.