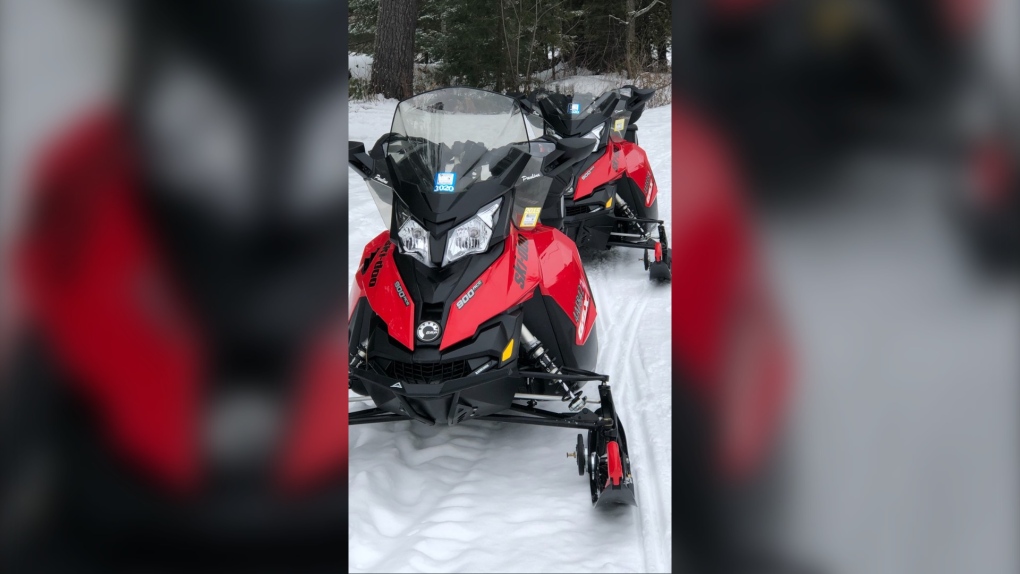 An early-morning break-in at a secure site saw suspects make off with three red snowmobiles and a trailer.

OPP was called to a secure storage compound on Crawford Street in Gravenhurst at 1 a.m. Dec. 2.

Staff said the suspects gained entrance to the facility by cutting a hole in the fence and then cutting the chains from the electric gate to gain access to the yard.

Police believe the two stolen snowmobiles were loaded into the trailer and were then driven through the main gate.

Police are asking anyone who may have witnessed the incidents or may have seen suspicious activity in the area to contact the Bracebridge OPP at 1-888-310-1122 or call Crime Stoppers at 1-800-222-8477.