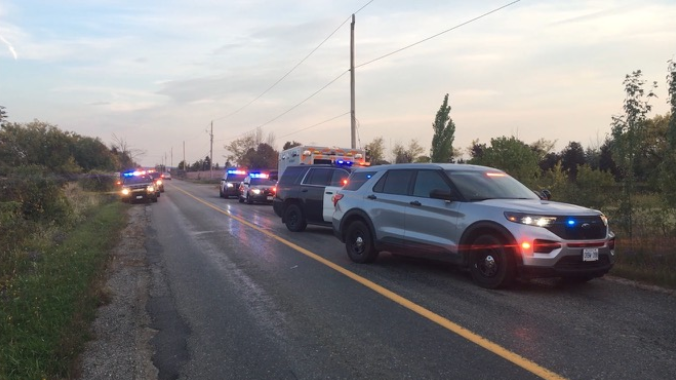 Caledon OPP respond to a shooting at a residence near Bramalea Rd & King St. where one person was treated for non-life-threatening injuries on Saturday, October 2, 2021. (Courtesy: OPP)
Barrie, Ont. -

Provincial police arrested a Caledon man accused of a shooting that left one person injured earlier this month.

According to the OPP, officers found a man suffering a gunshot wound on Oct. 2 at a house in the area of Bramalea Road and King Street in Caledon.

The victim was rushed to a trauma centre with non-life-threatening injuries.

On Monday, police charged a 24-year-old man with careless use of a firearm, aggravated assault, mischief under $5,000, break and enter, and possession of a weapon for a dangerous purpose.

The accused was held for a bail hearing in Orangeville Tuesday.

It's not clear if the victim and the accused know each other.

Police are continuing their investigation and ask anyone with information on the case to contact them or Crime Stoppers.