Schomberg woman killed while walking along Hwy 11 in Oro-Medonte 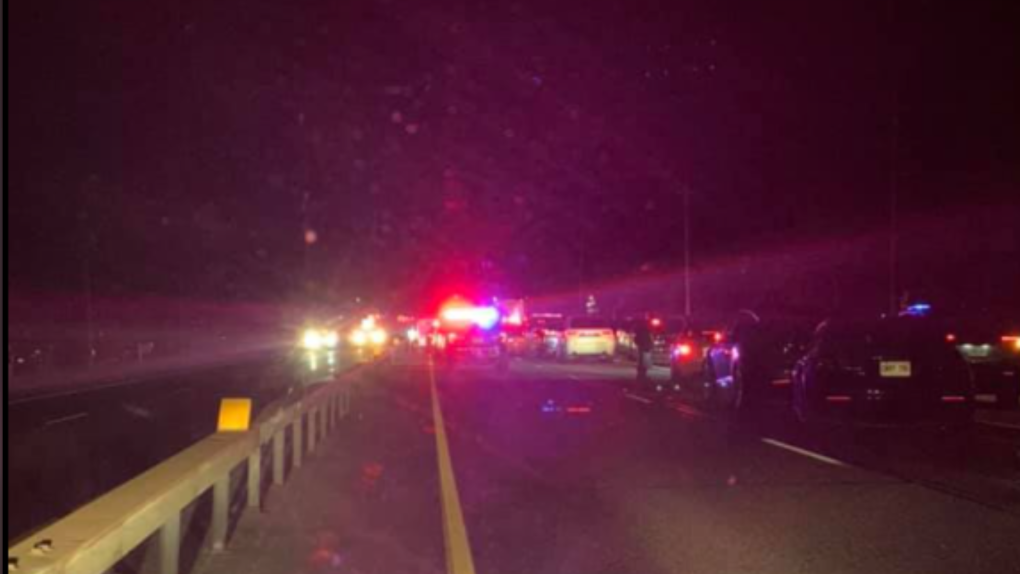 Traffic was backed up along Highway 11 in Oro-Medonte, Ont. on Sun. June 6, 2021, following a fatal collision involving a pedestrian. (Photo Cred: Colin Wingrove)

BARRIE, ONT. -- A Schomberg woman died after being struck while walking along Highway 11 in Oro-Medonte, and another driver was hospitalized after crashing into a fire tanker truck at the same scene Sunday night.

According to provincial police, a 29-year-old woman was walking near Line 5 around 10 p.m. when she was hit by a passing vehicle.

Police say two vehicles were involved in the incident but did not provide further details.

Officers say the woman's body was found lying on the highway when police, paramedics and fire crews arrived.

Police say that while fire crews were diverting traffic off the ramp at Line 4, a vehicle crashed into an Oro-Medonte fire tanker truck that was acting as a barrier.

The female driver was taken to the hospital. Her injuries are unknown.

Fire officials estimate the custom-built fire tanker will cost over $400,000 to replace.

The OPP is investigating the fatal pedestrian crash and asking witnesses to come forward.