OSSTF members walk off the job: What parents need to know 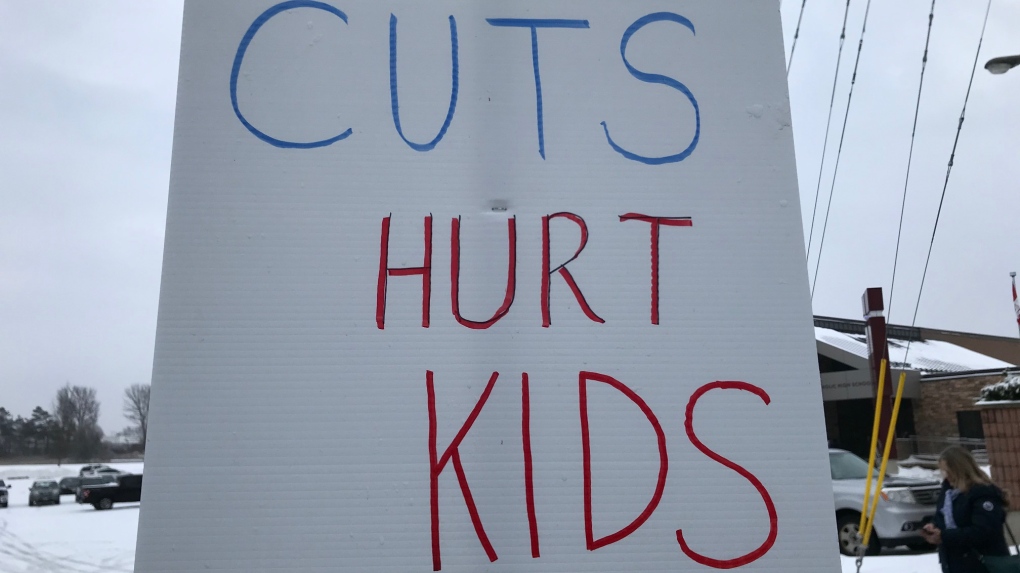 BARRIE -- For the second time in two weeks, some Ontario public high school teachers and support staff hit the picket lines forcing the closure of several schools across the province.

What school boards are affected in our region?

Does this affect elementary schools?

Some elementary schools will be closed on Wednesday because of the strike.

"If this strike proceeds as planned, all of the Catholic elementary and secondary schools in the Simcoe Muskoka Catholic District School Board will be closed for students and all bussing and before and after programs will be cancelled," the SMCDSB stated on Tuesday.

The OSSTF represents 750 educational assistants, early childhood educators, office and clerical, along with maintenance staff in Simcoe Muskoka. The board says they have to close schools when faced with a walkout for student safety.

"We recognize that this labour unrest and the resulting closure of our elementary and secondary schools is extremely difficult for our families. We ask families to once again make their contingency plans in case this strike occurs," the SMCDSB said.

What is the work-to-rule campaign?

The Elementary Teachers' Federation of Ontario (ETFO) is entering a new phase in its work-to-rule campaign.

Educators will not plan any new field trips or hand out letters or memos from schools or boards.

Union members have already been refusing to take on certain primarily administrative tasks as they try to put pressure on the provincial government during tough contract talks.

Why have talks stalled between the union and the province?

The minister has called on the OSSTF to "stop escalation that hurts kids and agree to private mediation."

The two sides have been deadlocked over negotiations with the main issues surrounding mandatory e-learning classes, increased class sizes and compensation.

Lecce continually brings the issue back to the wage increase, which he claims would amount to $1.5 billion out of the pockets of taxpayers. The government recently capped public sector wage increases at one percent over three years.

The OSSTF recently suggested a way for the province to postpone another one-day strike. It offered to go into mediation in exchange for eliminating mandatory e-learning, reverting to the 2018/19 classroom size, and assurances that the province will be open to talks on compensation.

Ontario's high school teachers have been without a contract since August.

- With files from The Canadian Press