It's the end of an era for Angus Roy.

"I would like to thank the Baycats organization for giving me the opportunity in the game I love. I have met some wonderful people over my time with the Baycats, and for that, I am forever grateful."

The Barrie Baycats general and field manager is leaving the diamond and hanging up his hat after 17 strong years with the club.

It's been a run that he says he never could have predicted.

Roy was a star pitcher in university before joining with the Baycats. He quickly "dominated the Intercounty Baseball League as IBL Pitcher of the year in 2005 and 2006," states the club's website.

The father of three is on the Top 100 IBL Players of All-time and an All-Star who led the Baycats to 10 championship final appearances in 11 years. He was named Manager of the Year in 2007 and again in 2017. 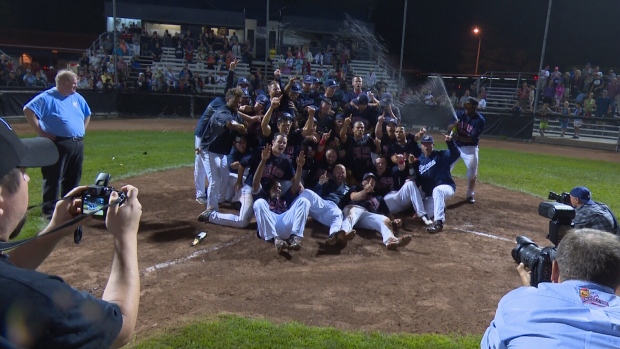 Once the Baycats announced Roy's decision to resign online, he says he was flooded with well-wishes.

When asked about his favourite memory from his time with the organization, instead of reflecting on his own accomplishments, Roy thanked those who helped him along the way. 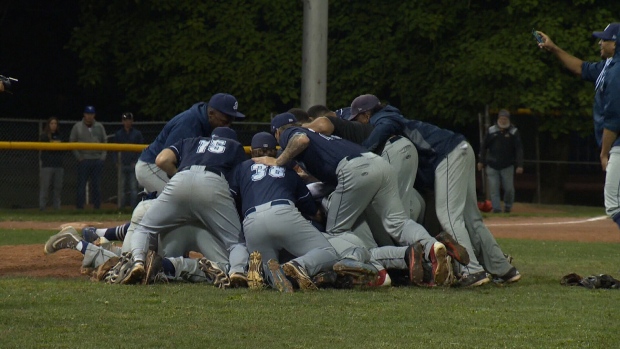 Roy is a Barrie North Collegiate teacher and has dedicated his life to education and baseball. He says it's the right time to walk away from the home plate to spend summer nights and weekends with family.

"Angus is a class act and a champion in so many ways," Baycats President David Mills stated.

"My wife and my kids told me to do what I wanted to do," Roy said of his decision. "I did. I wanted to be with them more."

- With files from CTV's Mike Arsalides

It’s the end of an era for one of the classiest people you’ll meet @angusroy31 who is calling it a career after 17 years with the 6-time reigning and defending IBL champion @IBLBaycats @CTVBarrieNews pic.twitter.com/3phEkU6YH9