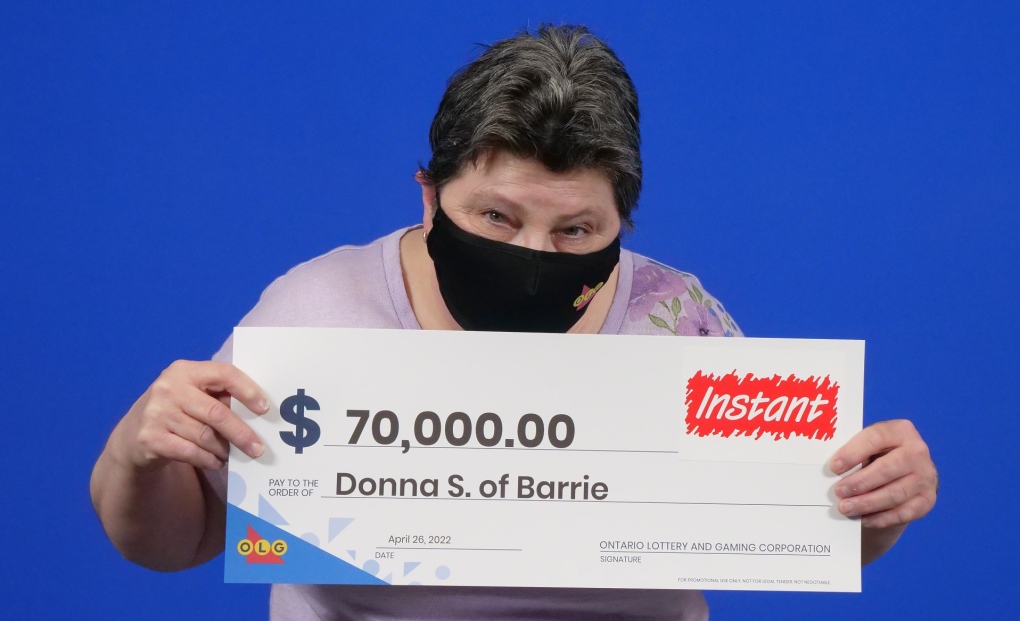 A Barrie woman has big plans after winning $70,000 in the lottery. (Provided/OLG)

A Barrie resident plans to pay some bills, save and take a well-deserved vacation after winning the top prize with Instant Supreme 7.

Donna Stacey, who said she has been playing the lottery for the past 30 years, recently won $70,000.

"I won $50 on another Instant ticket, so I treated myself to this one," she shared while at the OLG Prize Centre in Toronto to pick up her winnings. "I played my ticket at home and won on the second line. I thought, 'holy moly!' and then pulled out my phone to double-check because I couldn't believe it."

Stacey said she scanned her winning ticket a few times so she could enjoy the winning jingle while shouting, 'I won.'

"I was in absolute shock. I was shaking. I haven't been this excited about something in a long time," Stacey said. "It's a real joy."

Her husband didn't believe she had won, so he scanned the ticket himself using the OLG App.

Stacey bought the winning ticket at Zehrs on Bryne Drive in Barrie.