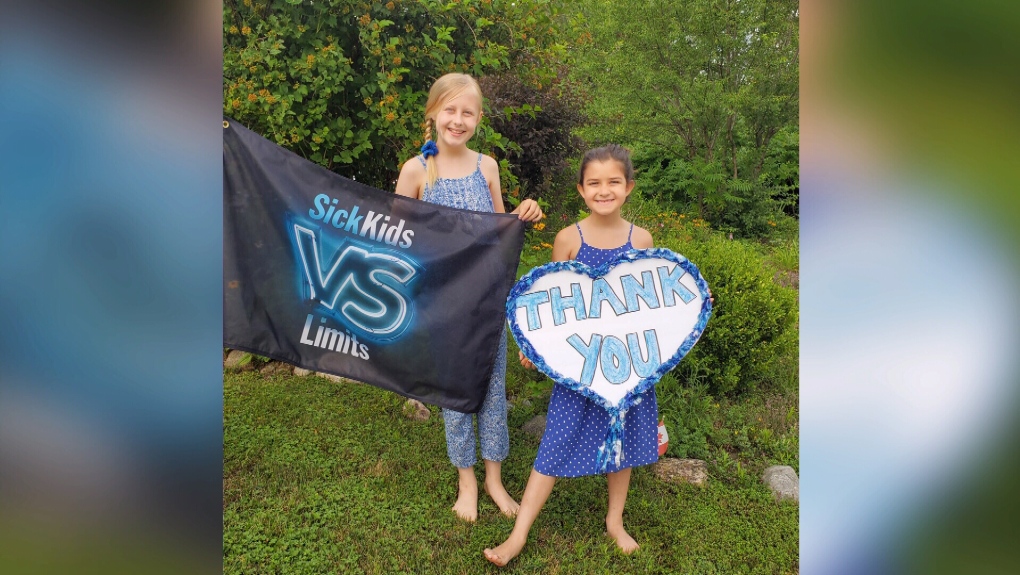 When sisters Lexi and Ryleigh Durham aren't doing schoolwork or just being kids, they're raising money for one of the province's top hospitals.

Helping SickKids in Toronto has been a passion of the girls who have called themselves Bug and Boo's Dream Team for SickKids for the past three years.

From their home in Hillsdale, they created a fundraising campaign selling lemonade and donated books, and during that short time, raising nearly $13,000.

"It's honestly unbelievable to comprehend how much they've raised in less than three years is just really unbelievable," says the girls' mother, Cassandra Durham.

Raising money for the hospital has been a goal of Lexi's since she learned about SickKids while in kindergarten and planned to kickoff her fundraising campaign while on summer break in 2018, but had to be postponed until around Christmas.

"I ended up being diagnosed with appendicitis," says Lexi. "I got ambulance transferred to Sick Kids, and they saved my life."

On September 26, the girls have a fundraiser planned from 9 a.m. until 4 p.m., selling lemonade, books, and toys from their home located at 70 Davenport Drive in Hillsdale.

They're hoping to raise another $5,000 for sick kids this year.