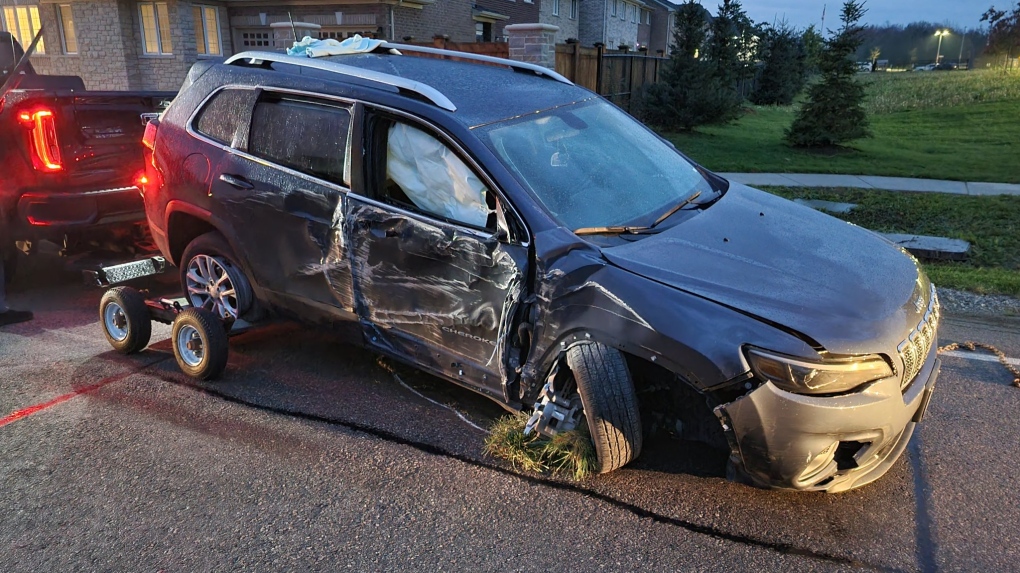 Police arrested a Toronto man who allegedly ran from police after blowing through a R.I.D.E. checkpoint and hitting a cruiser in Caledon.

Caledon OPP says the 22-year-old driver failed to stop for the R.I.D.E. program in Southfields Village at Highway 410 and Valleywood Boulevard in the early morning hours Thursday.

Police say the driver lost control of the vehicle a short distance later on Kennedy Road near Bonnieglen Farm Boulevard.

They say the man tried to run from police but was arrested after a brief chase.

He was placed under arrest, and officers discovered he had an outstanding warrant issued by Toronto Police.

The 22-year-old is charged with flight from police, dangerous operation of a vehicle, driving at an unlawful hour for a G1 driver, and having blood alcohol above zero for a novice driver.

The accused has a court appearance scheduled in January to answer to the charges.