Fake toonies are making the rounds in Owen Sound

Fake toonies are making the rounds in Owen Sound 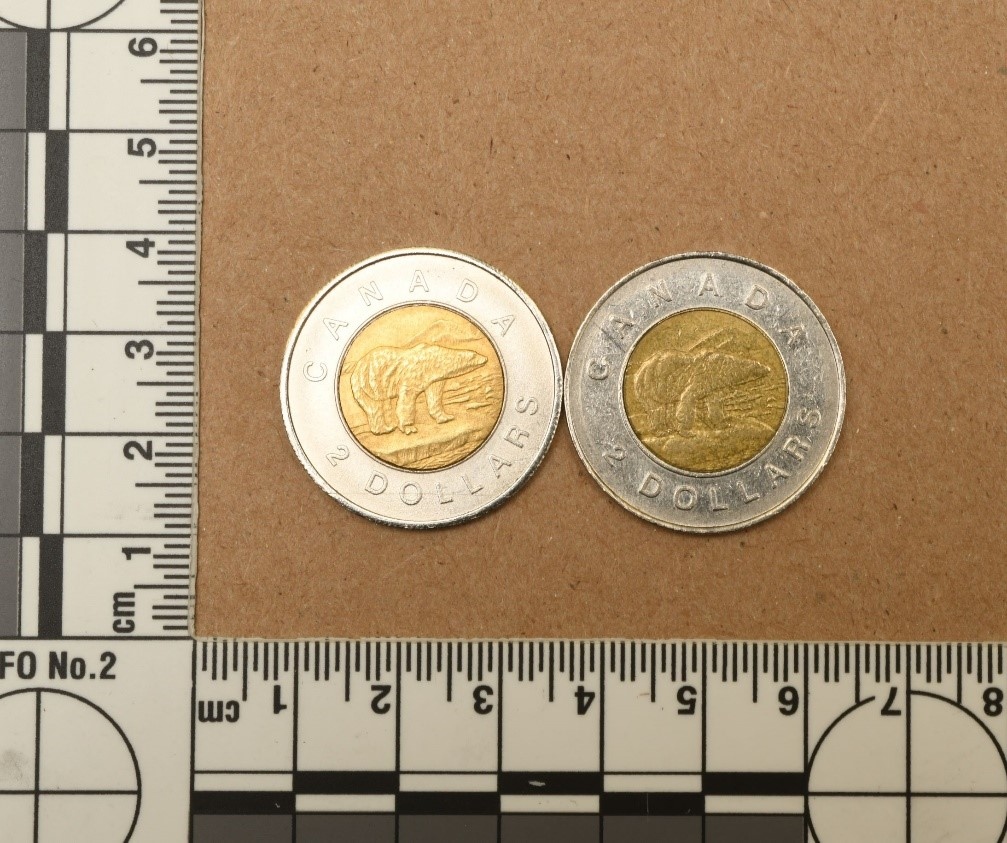 Owen Sound Police put out an advisory of a rash of fake toonies in the area, such as the one on the left. (SUBMITTED BY OSP)

Counterfeit toonies have hit the streets, banks and businesses in Owen Sound.

Owen Sound Police Service has identified several features on the false toonies that are misaligned and make the real toonies easier to identify.

Although both are similar in size and weight, the polar bear’s front right paw is two-toed rather than a more uniform shape on the fake toonie shown on the left.

Additionally, the bear’s neck and head appear more extended, and on the fake coin, the neck shows a skin flap hanging below the bear’s throat.

On the reverse side of the coins, the Queen’s profile is etched differently around the nose and cheek areas. Of note, the maple leaf at the top of the coin tends to be closer to the outer perimeter of the fake coin and more centred on the real toonie.

Further, some toonies feature a likeness of the Queen without a crown, but the fake attempts of that genre show less detail in the Queen’s hair than in the original.

Also note the fake toonies have more of a matte finish, whereas real coins are shinier.

Owen Sound Police have been in contact with area banks and advise that if you believe you have a fake toonie, take it to a local bank for clarification.