BARRIE -- Church bells rang out across the city of Barrie on Friday morning to commemorate the anniversary of the Victory in Europe Day.

It was on this day 75 years ago that after six long years and countless lives lost, the war in Europe ended with the surrender of Nazi Germany.

"I remember exactly where I was. I was in the hospital in Belgium," recalls Second World War veteran William Snow.

The 98-year-old veteran struck the bell at St. Margaret of Scotland Anglican Church 75 times. He says he has revisited the battlegrounds of Europe on previous anniversaries.  "You see all of these cemeteries and these young guys that we left," Mr. Snow says. 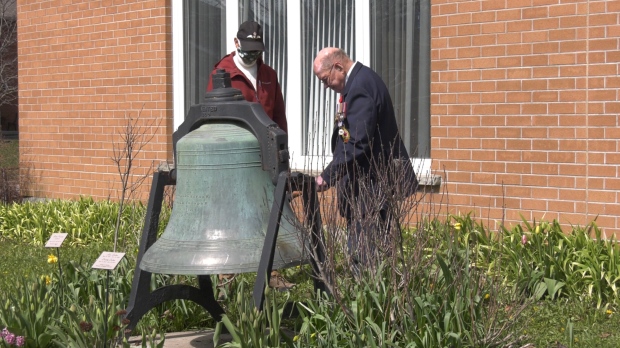 Legion members donned their masks and medals and fanned out across the city to mark V-E Day.

Royal Canadian Legion veteran service officer Fern Taillefer says marking the day is important. "We can't forget the 1.1 million Canadians who served in World War Two and all the sacrifices made. It's a day, not just for Canada, but for the world." 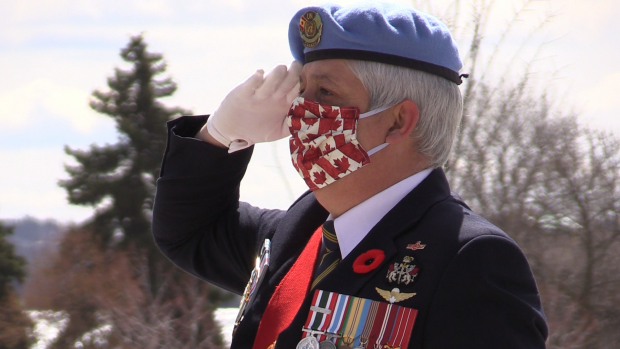 The fighting stopped on May 7, 1945, and Winston Churchill announced it to the world on May 8, igniting celebrations globally. 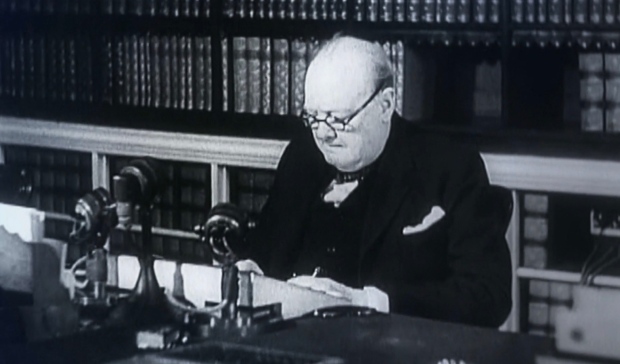 A total of nine churches participated in marking the anniversary in Barrie today.

"Hearing the church bells today don't have the same meaning to the public, but at the same time, it's a way of remembering for whom the bell tolls," says Bill Sergeant, Royal Canadian Airforce association director. 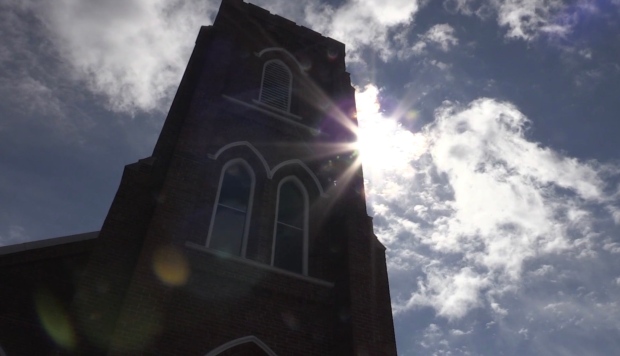 "The lights went out in Europe and did not return until the allies got together in June 1944, and started to move towards the end of the beginning."

Photo Gallery: V-E Day commemorated in the city of Barrie