TORONTO -- Toronto's affordable housing agency says it will no longer allow tenants to install window air conditioners, nearly a month after a toddler was struck and killed by a falling unit.

The Toronto Community Housing Corporation says it has also begun removing window air conditioners from its multi-storey buildings, except in cases where they are installed over a balcony.

The agency says it will start removing air conditioners from townhouses afterwards, and all units it takes will be replaced by floor-mounted models at no cost before next summer.

It says the move is aimed at ensuring the health and safety of tenants, staff and visitors.

The housing corporation launched an investigation last month to find out how a window-mounted air conditioner tumbled from an eighth-floor suite and hit a two-year-old girl. 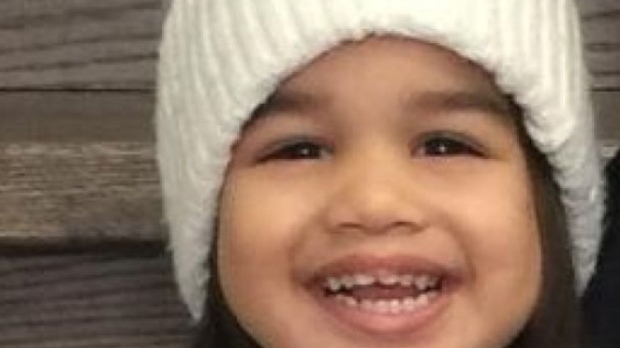 Crystal Mirgho is seen in this photograph posted to gofundme.com.

Police said Crystal Mirogho died in hospital after she was hit around 3:30 p.m. on Nov. 11 outside an east-end apartment building.

A lawyer hired by the family said Crystal was being pushed along in a stroller by her mother and siblings when the appliance fell directly on her.

The lawyer, Slavko Ristich, has said the family believes it was "an entirely preventable incident."

The housing corporation said tenants need to get permission to install a window unit in their apartment, and the agency will no longer grant permission unless the unit is placed over a balcony.

Tenants who had previously been granted permission will not be allowed to reinstall the units, it said. The agency is also asking tenants not to remove units themselves, but to wait for the crews it has hired.

It is also expanding its program to exchange window units for floor-mounted models, which was previously only available to tenants in buildings where window replacements were being done.

"Sadly, we have seen how the risk of a window air conditioner becoming dislodged can have tragic consequences," TCHC president and CEO Kevin Marshman said in a statement.

"We are taking steps to protect the safety of tenants, staff and visitors to our buildings and are asking for the co-operation of tenants as we implement these measures."

This report by The Canadian Press was first published on Dec. 3, 2019.