BARRIE -- *Warning: Some people may find the images in this story disturbing.

A shocking and tragic discovery led to one of the worst cases of animal neglect the Alliston and District Humane Society (ADHS) has ever seen.

After concerned calls over the homeowner's well-being, police discovered the body of a 68-year-old woman inside her home in Glencairn on Wednesday, along with dozens of animals.

Volunteers rescued nearly 70 animals, including rabbits, cats, chickens, guinea pigs and a dog and say there are more to come.

"All of the animals are in poor physical condition and will require extensive medical care and attention," said a representative with the humane society.

Jane Clarke, vice president with ADHS, says all of the rabbits were housed outside with only a tarp for protection and suffered frostbite and frost-burn.

"There was at least eight to 10 inches of feces the rabbits were sitting in. There was no hay. The water was frozen," explans Janet Dickson, ADHS volunteer. 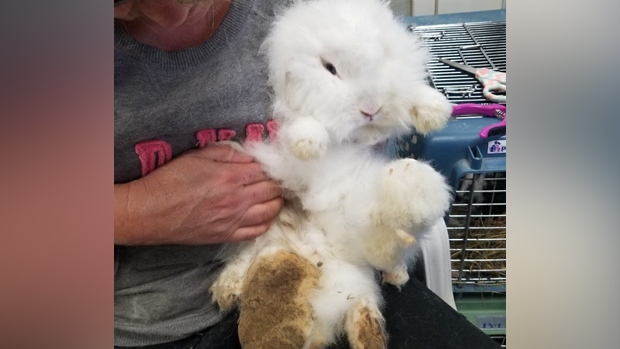 It's believed the homeowner was hoarding close to 80 animals, mainly rabbits and cats, in and around the house before she died.

Neighbours say the woman lived in the house for decades with her husband, who passed away a few years ago. They say the animals were often seen roaming the property and say the woman fed, loved, and cared for each one.

"It's up to families, communities and animal enforcement in this province to stop this," Clarke adds. "All of the cats are in rough shape with upper respiratory and other issues. Some are bleeding from their noses. They are so bad." 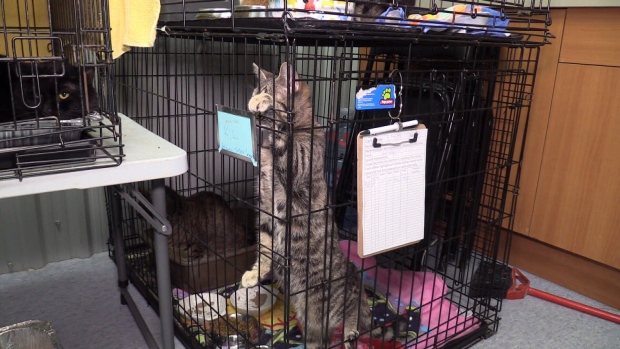 With dozens of cats still outside and hiding in the walls of the house needing to be rescued, Clarke says the shelter is at capacity.

"We are calling on our volunteers and foster homes to take some of these animals once they have their medical needs determined," Clarke says. "Our boardroom is stacked, our isolation area is full, and our front dog kennels are being used for rabbits."

The shelter is a no-kill facility and will need donations to help with the costs of caring for the animals; many were found in life-threatening condition.

"Obviously, this is going to be a huge effort for ADHS and extremely costly," Clarke explains. "We have no government funding."

Volunteers are working overtime to help clean, feed and medicate the rescued animals, but more help is needed.

For information on how to donate to the shelter, click here.

The agency says some of the animals will eventually be placed up for adoption. Anyone interested in pursuing adoption with the humane society can apply by visiting their website.

Police say the homeowner's death is not considered suspicious.