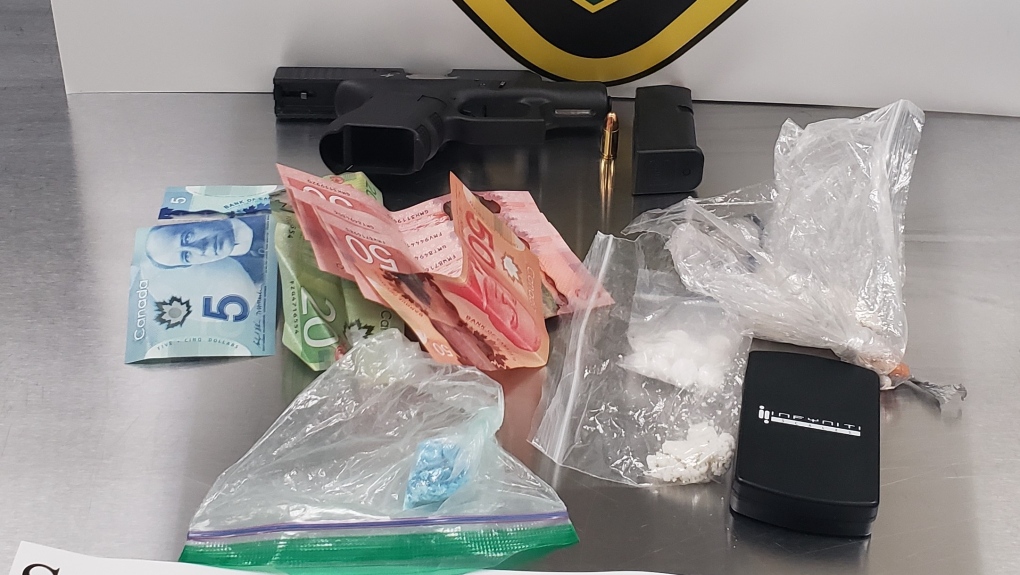 Police pulled over a vehicle on Simcoe County Road 93 in Midland for a traffic violation at around 9 p.m.

Officers seized a handgun and a slew of drugs, including Heroin, Fentanyl, Cocaine and Oxycodone, while conducting a roadside investigation.

A 20-year-old Brampton man and a 23-year-old St. Catharines man were both charged with possessing a restricted firearm and drug trafficking charges.

They are both being held for a bail hearing and will appear before an Ontario court at a future date.