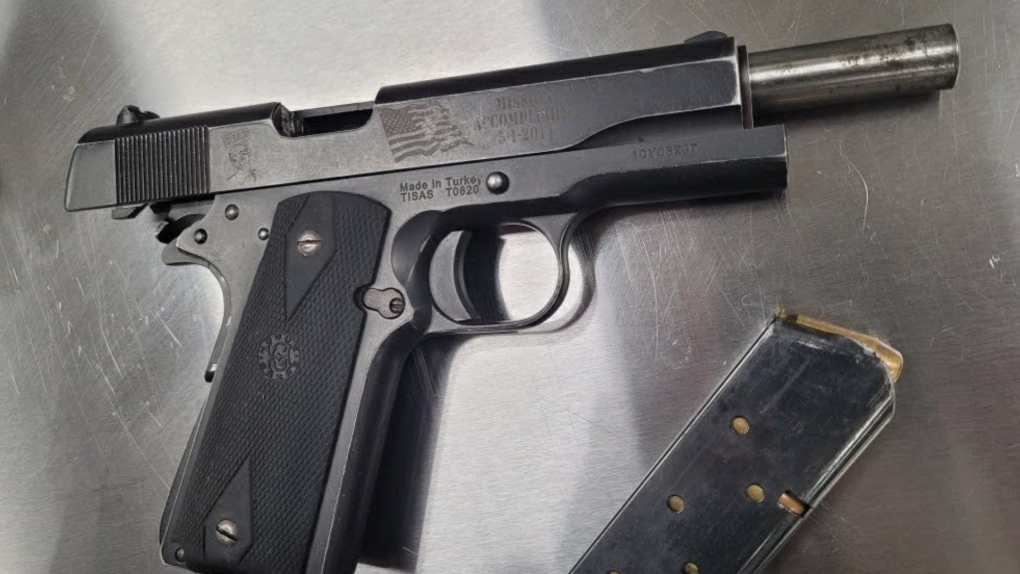 Police say that while attending a service call at a residence on Boblyn Road Wednesday afternoon, an officer stopped a vehicle leaving the property and noticed evidence of drug use.

OPP says the officer also discovered the driver had a suspended licence.

During a search of the car, police say they found a large bag of cannabis and what's believed to be oxycodone and cocaine.

Police say they also located a gun and ammunition inside the vehicle.

Two men from the GTA face a slew of weapons and drug charges, plus possession of stolen property.

Police also charged one of the accused with two counts of failure to comply with a court order.

Both men were held in police custody overnight for a bail hearing.