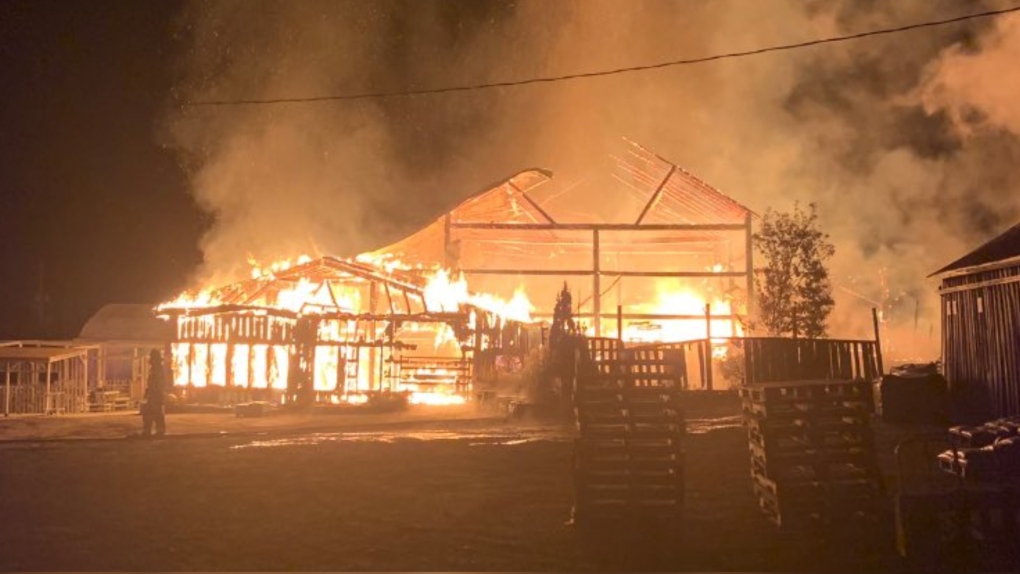 One person was evacuated from their home as a greenhouse went up in flames in Orangeville over the weekend.

Dufferin OPP says an officer on patrol noticed smoke coming from a greenhouse at a local garden centre on C-Line around 2 a.m. on Saturday.

Fire crews arrived to find a barn that was attached to the greenhouse overcome by the blaze.

"The fire has been deemed non-suspicious," OPP stated in a release.