Cat reunited with family after being trapped by neighbour

After fearing they may never see their furry feline again, a Barrie family is overjoyed to be reunited with their lost pet, Tuscan.

"Never give up on things, especially if you believe in it," Devon Miller says while holding her beloved Tuscan.

Miller says he's much thinner than he was and smells slightly of skunk, but she's relieved to have him back home.

The orange tabby went missing 34 days ago after he slipped out the front door in July. He was found five kilometres away on County Road 90 and George Johnston Road in Barrie .

"We didn't feel whole," she says after the cat disappeared.

A neighbour later showed Miller a video that she took and posted to social media of an orange and white cat resembling Tuscan caged in a backyard. 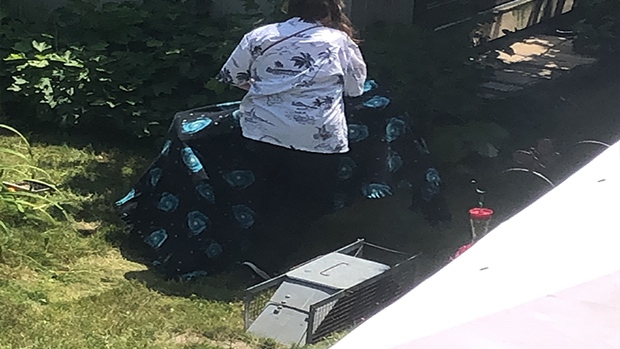 The video of the cat in a cage stirred up a frenzy of outrage on social media. The woman who admitted to trapping it last month has been charged under the City of Barrie Animal Control By-law.

"I just wanted a cat-free yard," she told CTV News today. "Everybody just wants to lynch the person who trapped the cat."

CTV News has decided not to name the woman because she is concerned for her safety. 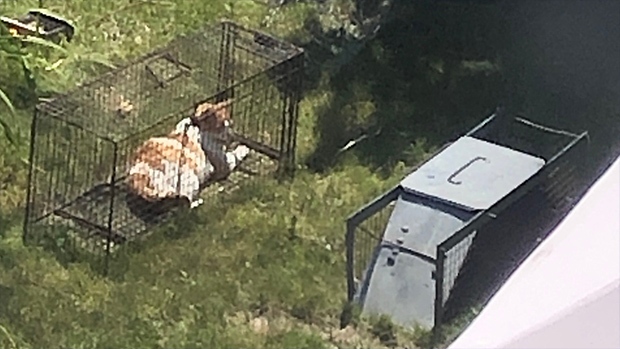 The woman said the cat she trapped was a frequent visitor in her backyard and she was tired of it. "I grew up on a farm, so I had the cages," she explained. "Since I have them here I'll just use it to drive the cat a couple miles away."

She said she took the cat to Bradford Greenhouses and released it. "Cats are a nuisance. They're a nuisance. I didn't know how else to get rid of it," she said. "Does that make me a monster?"

When CTV News asked her why she didn't take the cat to a shelter, she replied, "I thought about that. And I figured they would just have it back the next day and it would be in my yard the next day."

But Miller says the entire situation could have been avoided with a simple conversation. "Hey, your cat's in my yard. Please come pick him up and never let it happen again."

"Well if they loved their cat so much maybe they could have kept the cat in their own house," the woman told CTV News. "I could have a hundred traps in my backyard, and I would never catch anybody's cat if they weren't roaming around."

The woman plans to fight the bylaw charge in court in December.

"I just hope that there is some sort of soul searching that she can do," Miller says. "Because as much as she feels like she took action the way she thought she should take action for her - the way she went about doing it was despicable."