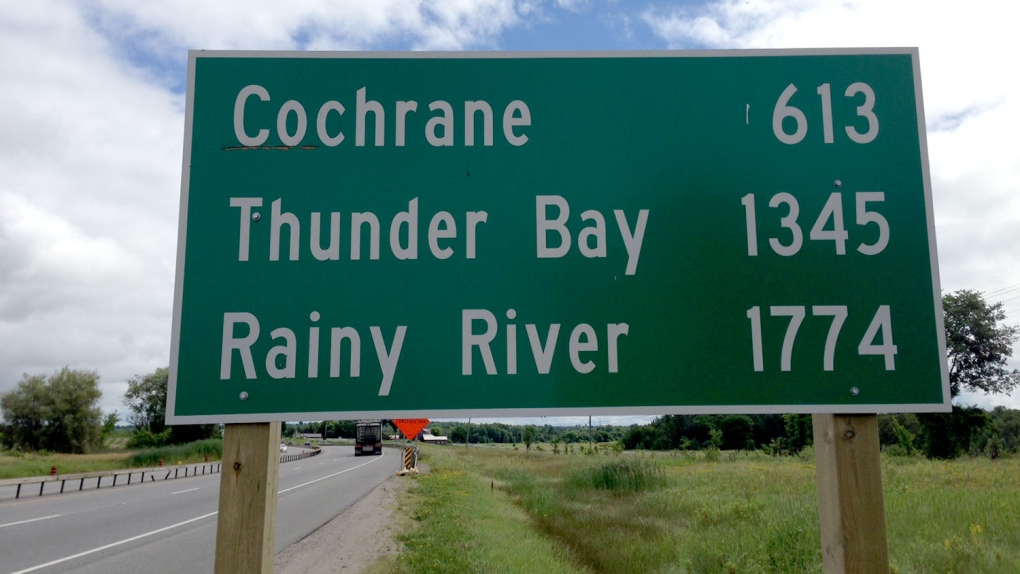 Those green and white signs along provincial highways are a familiar sight to drivers. They tell us how far it is to the next few cities and let us know we’re on the right track.

But a sign recently installed on Highway 11 north of Barrie is pointing drivers to a destination that’s a long, long way away.

The sign will certainly be a help if you're on Highway 11 going north – way north.

“It said Rainy River, Thunder Bay and Cochrane. I was kind of surprised because I hadn't seen it before and I travel (Highway) 11 in the summertime, but I did notice it today,” says driver Brampton resident Maureen Mountjoy.

And no, the sign isn’t in the wrong spot – those distances as measured from Barrie are right. The otherwise standard highway sign was the talk of gasoline alley today.

It’s not just a curiosity, however.

“I thought it was great because I go moose hunting up in that area and it's nice to know how far it is to go up there,” says Kevin Richards.

For some drivers Cochrane was a mystery, with long-time residents wondering where it was and why it was featured on a sign in Barrie. So was Rainy River, which is one of the last places on Highway 11 before you enter the United States.

“Rainy River; I don't know much about it, except that it's in Ontario and it's a long way away,” says Barber.

The destinations may seem like a long way away, but the Ministry of Transportation says the sign simply serves as a reminder to drivers that they are headed in the right direction.