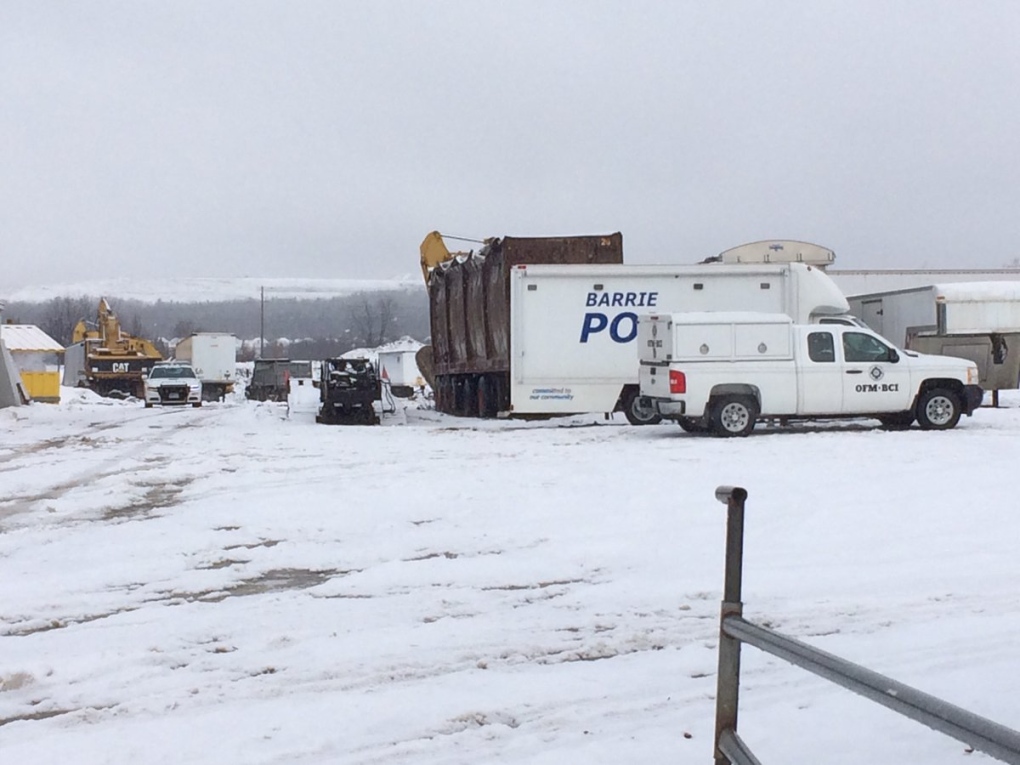 Police and The Ontario Fire Marshal`s Office investigating a suspected arson at an industrial storage yard in Barrie. (CTV Barrie)

Police and the Ontario Fire Marshal`s Office are investigating a suspected arson at an industrial storage yard in Barrie.

Emergency crews were called to 472 Tiffin Street shortly after 11:30 p.m. Wednesday. Police said multiple pieces of heavy equipment had been tampered with.

After the fire was extinguished from a Caterpillar Rock Truck, investigators found evidence that the fire was deliberately set.

Three Rock Trucks and two Excavators had also been tampered with police said in a press release.

The Forensic Identification Unit is also on scene assisting with the investigation.