Watch: Caller alerts police to passed out driver at intersection 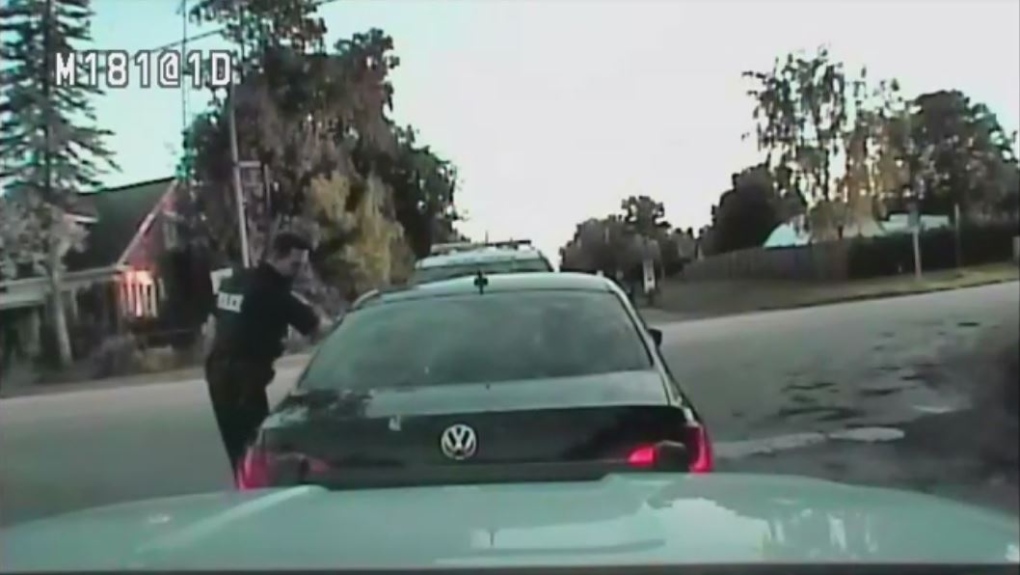 An officer approaches a vehicle stopped at a stop sign in King Township on Sunday, July 14, 2019 (York Regional Police/YouTube)

York Regional Police credit the call from a concerned citizen for alerting officers to a driver at a stop sign who they say was fast asleep.

"I don't want him to run me over or anything," the caller can be heard saying on the phone.

Police say the King Township man's vehicle was stopped at a stop sign at the intersection of 7th Concession and Lloydtown Aurora Road in King Township on Sunday morning.

Officers boxed the vehicle in with their cruisers and said they attempted multiple times to wake the driver.

Officers allege they could smell alcohol and say they found an open bottle of rum and cannabis in the vehicle.

The 19-year-old was arrested and charged with several offences, including impaired driving.

York Regional Police say more than 2,900 calls to 911 from concerned citizens has led to over 900 impaired-related criminal charges being laid this year.