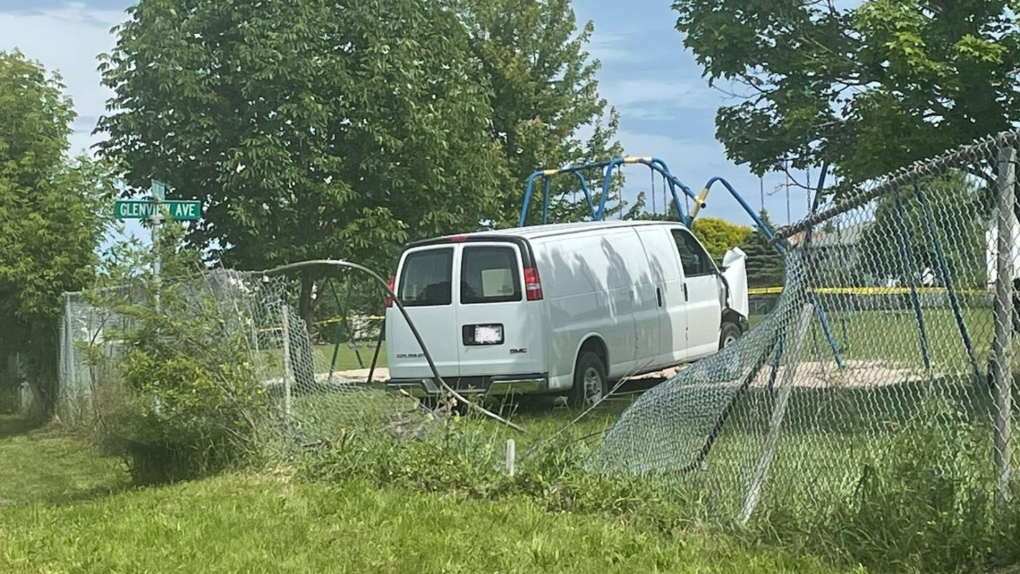 Students at an Elmvale elementary school won't be able to use the school playground equipment for some time after a van crashed through a fence into it Monday morning.

"Recess was already over, and no staff nor students were outside. We're just very grateful - we had a fleet of angels looking down on us because it was just after recess," Stevenson said. 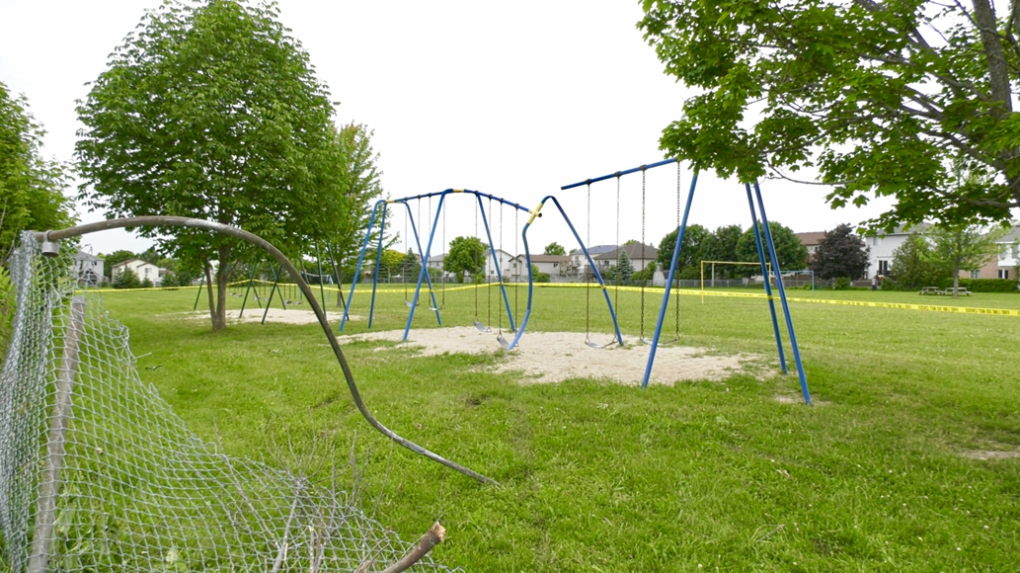 The playground equipment at Our Lady of Lourdes Catholic School on Kerr Street in Elmvale, Ont., is damaged after a van crashed into it on Mon., June 20, 2022 (Steve Mansbridge/CTV News)

She added emergency crews responded quickly to the elementary school, and the fence and surrounding area have had to be cordoned off for repairs.

Police charged the 48-year-old male driver of the van with careless driving.