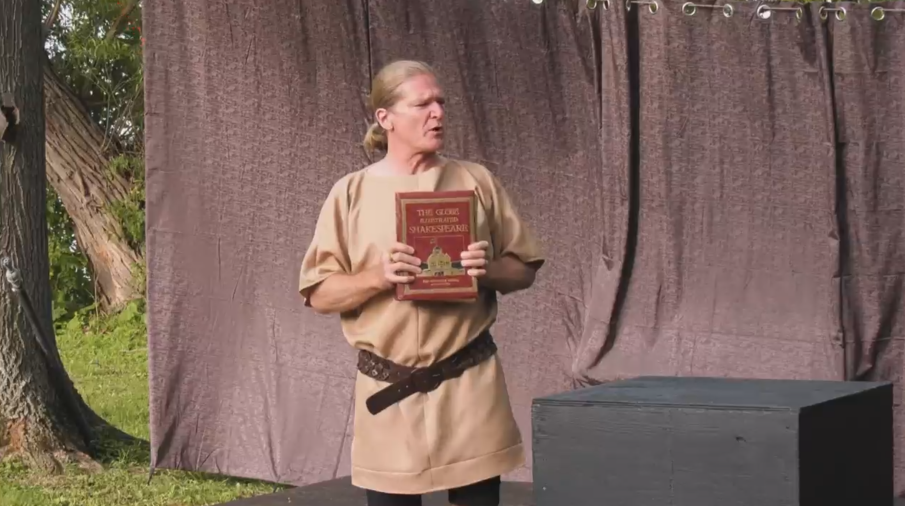 While live theatre has returned to venues across the province, a local production is instead choosing to take its latest performance outside.

The Leacock Museum will be playing host to The Bard in the Yard, a unique 97-minute performance encompassing all of the works of William Shakespeare. The play, an effort of Mariposa Arts Theatre (MAT), will feature only three actors, all playing numerous characters.

"What is unique about this production is that it's all of the works of William Shakespeare; he has 37 plays and many, many sonnets, but those 37 plays are at least referenced in some tiny bit in 90 minutes of crazy theatre," said actor Doug Ironside. "Three actors play all of the parts of those 37 plays involving so many Shakespearian characters that you would know and love."

There were approximately 9 weeks of rehearsals for the performance, a fact that Ironside says many may not realize.

"People are often not 100 percent sure how much energy and time it takes to perform a piece of actual live theatre," said Ironside. "It's not something we can just pick up and do, it's more the generation of nine weeks of work to turn something that's madness into something professional and crisp and entertaining."

The actors typically perform either at the Orillia Opera House or another studio space. While excited by the change in venue, the actors admit this performance does have numerous challenges.

Performances start on June 29 and will wrap up on Thursday, July 7, just ahead of the return of the Mariposa Folk Festival.