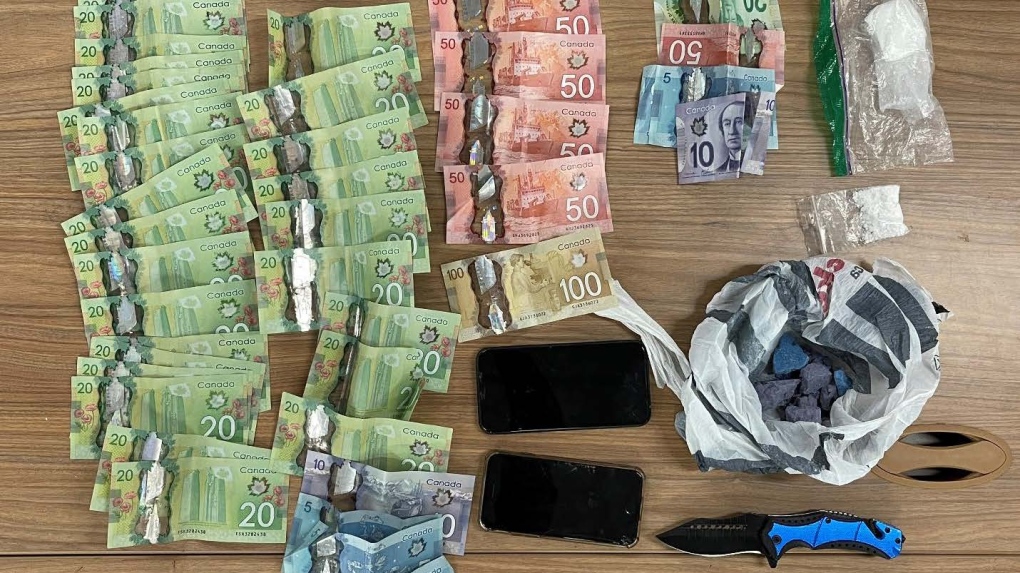 Two people are under arrest after police say they seized a weapon, cash and drugs during a traffic stop in Orillia.

The officers searched the vehicle and allegedly found a prohibited knife, fentanyl, cocaine and "a large quantity of cash."

They say one individual was also found to be breaching release conditions from previous charges.